Saints Row is one of the most ludicrous gaming franchises of all time, and there is simply no doubt about it. There is no question about whether there is a game franchise that is more absurd than Saints Row, and it has been proved time and again by the creators behind the game. They say that the game is a rip-off of the Grand Theft Auto series, and maybe it is. But the way that it has made things different in its own manner, it is somewhat of a genre-defining series itself. There is simply nothing out there that is as cool and as funky as this gaming franchise. And now with the announcement of the Saints Row Reboot, it seems that things are moving really fast in a really different direction.

I’m someone who just loved the Saints Row games growing up. They had just the right amount of humor, absurdism, and grittiness that one would expect from an open-world sandbox. However, even within the franchise, there is a certain divide that you can feel when you put the four games side by side. The first two games in the series started off with a very serious vibe and were criticized to have tried ripping off Grand Theft Auto at the time. However, when the third game came out, things just took a completely different turn as Saints Row turned from a gritty franchise to a game that doesn’t tend to take itself seriously. Saints Row The Third was one of my favorite open-world games of all time, and with the trailer for the Saints Row Reboot now revealed, I’m starting to feel that there might be a real contender right here.

Have you played any of the Saints Row games or are you a fan of open world sandboxes? If you are, then this is one you definitely don’t want to miss. So keep reading and find out what it is about the franchise that makes it so special.

Saints Row Reboot: About The Game 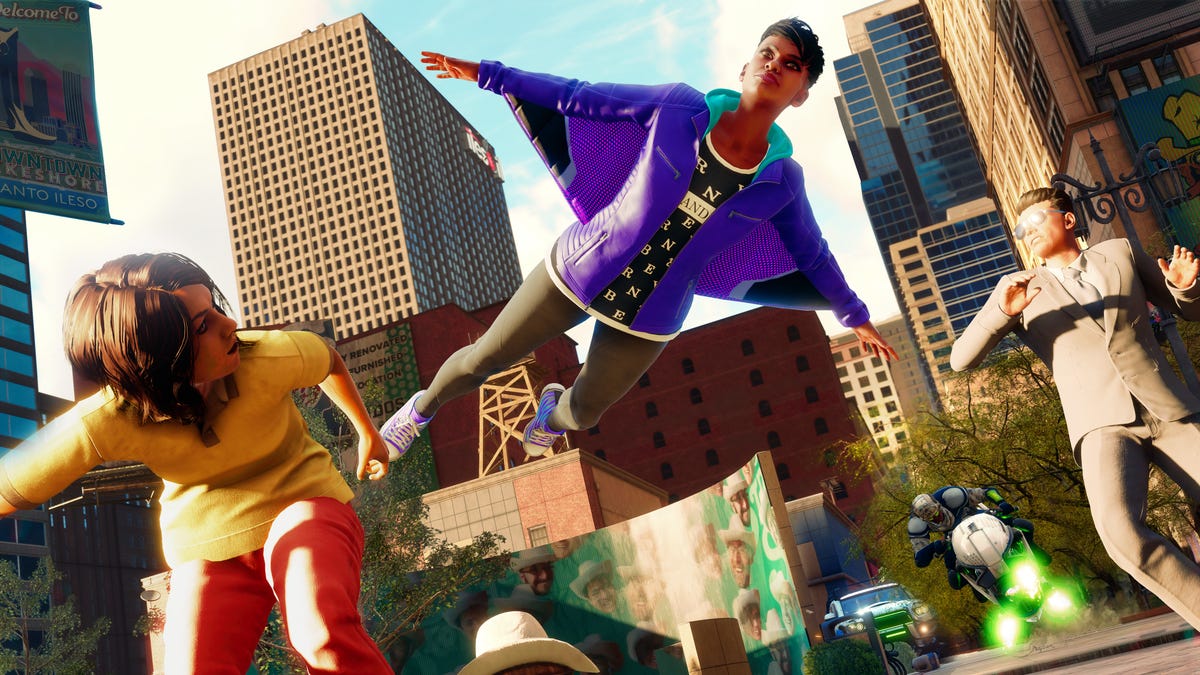 Now, when we talk about reboots, there is a big misconception out there that they are supposed to be all about the original story in a new way. However, the way that Saints Row Reboot is doing things, I doubt that there is going to be much of a carryover from the previous games. While the Saints Row series has always had kind of a divide between the first two and the last two games, it seems that things might finally be coming around with the Saints Row Reboot as it brings the best of both worlds into one single game that would rule them all. In fact, the developers over at Volition games are so confident about their game that they are calling it their best Saints Row game yet.

Talking about the Saints Row Reboot, when you watch the trailer for the game, there is honestly not much that will blow you away. However, there is that familiar absurdity to it that makes it really palatable and nostalgic at the same time. The game trailer introduces you to the different factions or gangs that you would be coming across in the game in the form of the Marshalls, the Panteros, and the Idols. Each of them is powerful in its own right and has different motivations to take over the time. But it is up to you to take everything over and make sure that the gangs don’t succeed in their mission. Typical Saints Row stuff so far.

However, where the Reboot does differ wildly from the franchise is the fact that you don’t really get anything from the old Saints Row games. While there was a lot of crossover in the previous games in the series, this Saints Row Reboot is a completely new beginning for the series that doesn’t have anything to do with the previous releases. There are no returning characters or stories from the games, and it is going to set up its own new world with its own new characters, and perhaps that is the most exciting part of it all.

The release date for the Saints Row Reboot has been delayed quite a while till now, but it seems that we finally have a good date that the game will actually be releasing on. Volition Games has announced that Saints Row Reboot will be released on August 23, 2022, as per the latest trailer that they have released. This seems to be a good time for the game to be released and I’m really looking forward to it. The game will be made available on both Sony and Microsoft platforms, including the previous generation, as well as the PC. So getting your hands on the game should be no trouble.

With all that said, the Saints Row Reboot is looking to be a promising turn in the Saints Row franchise regardless of all the reservations that people might have about it after a disappointing first trailer. Personally, I’m looking forward to it and hope that it turns out to be an amazing game.

You may watch the latest trailer here:

What are your thoughts on the game? Are you excited about it? Let me know all about it in the comments down below.