Annie Murphy is a name that most TV fans would have heard of. The actress has made quite the name for herself in recent years. And her fan following just keeps growing. With every show she does, she just keeps getting better. And today, we have another show that she is just going to slay in. The Schitt’s Creek star has reportedly been cast in the show Witness Protection by MRC Film. The show is quite a big one and a huge opportunity for the actress. So we are quite looking forward to it. Fans of the show Schitt’s Creek will immediately remember the actress from the show and will be more than happy to see her star in the new show. It is again a comedy show, so it will be right down Annie Murphy’s alley.

And that is not all. The new show Witness Protection will see our beloved actress reunited with some of her colleagues behind the set. Rupinder Gill and David West Read will be joining her from behind the scenes, just as they did with Schitt’s Creek. To give some background, Schitt’s Creek is a really popular show. It has won several Emmy’s and Annie Murphy herself has won an Emmy for her work on the show. So it is kind of a big deal. And we can see why they have decided to reunite.

Witness Protection: About the Show 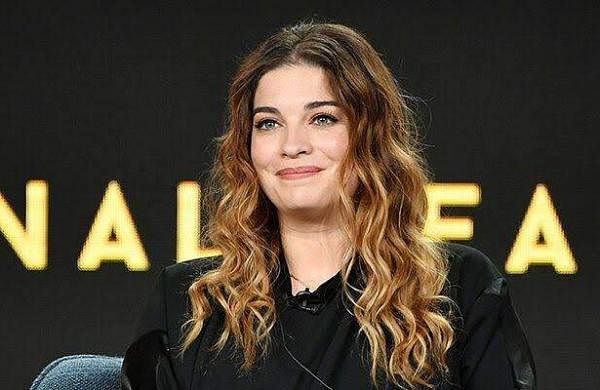 The show Witness Protection is really based around Annie’s character. It is a show about a woman who has always had her life revolve around her romantic relationships. And now, after coming under a witness protection program, she must change her ways. She must know who to keep close, and who to avoid. While maintaining her cover, she must uncover all the criminal activities and achieve her goals. Which really goes against her innate nature. So what is it going to be? Will she achieve her goals? Or will she go back to her old ways? That’s what we are going to find out in the show.

So the show is going to be quite the one to watch out for. Especially when it has such a great team at its back. Annie Murphy is an amazing actress, and we really appreciate her for the contribution she makes. In fact, she has had quite a stellar career up until now. Some of her works till date that we can quote are: The Plateaus, Schitt’s Creek, Kevin Can F**k Himself, Russian Doll, and others. So she has had quite a career. And we feel that Witness Protection is going to be another one of her gems. So do watch it when you get the chance. We surely will.

That’s all for this one. We will be sure to catch up on all the latest Schitt’s Creek and all the latest Witness Protection news. We update our page everyday and are always here with new content. So subscribe to get the latest updates as soon as possible.

What do you think about this new role? Are you looking forward to it? Have you watched Schitt’s Creek? Let us know in the comments down below.

Willard Grosshttps://thefranchisehound.com
Willard Gross is a content writer with an eye for detail. He loves to write and create, but he also enjoys reading and analyzing the work of others in order to critique it. With every sentence he writes, Willard strives for perfection: each word should be just right.
Previous articleSettlers: Science Fiction Takes A Dark Turn
Next articleJolt: The Full Movie Review