Sicario 3: Potential Release Date, Plot Details, And Everything Else!

Sicario is a movie franchise that seemingly sprawled onto the scene out of thin air and caused a commotion when it came out. The first movie came out over 6 years ago and was simply loved by the critics and the audiences, who gave it a commercial performance that the producers could only dream of. The movie was a big hit, and gave birth to a franchise. But where is the anthology with Sicario 3? Is it going to happen?

Sicario came out in 2015, and has been a major Hollywood franchise ever since. It has a loyal fan following that simply loves the films and the action that it brings to the table. I also liked the movies and felt that they contributed a lot to the action movie genre. It is refreshing seeing such a film on the screen, and I feel that there is room for more. Which is why I’m ardently waiting for Sicario 3, which is supposed to be the third movie in the franchise.

Sicario 3: About the Franchise 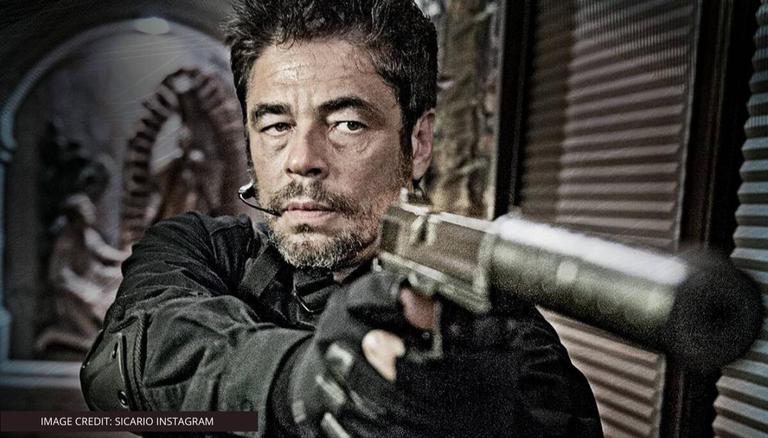 Sicario is an action movie franchise concerned with drugs and the war on the border, that came into being in 2015, under the direction of Denis Villeneuve. The first movie in the franchise centered around the character played by the charismatic Emily Blunt. The actress plays a dreamy FBI agent who is out for good and has been enlisted to a task force for the sole purpose of being at the forefront of the war against drugs at the border of the USA and Mexico. The film went on to have an overwhelmingly positive reception, and performed really well commercially.

Emily Blunt’s performance, along with Villeneuve’s direction was highly praised and received a lot of critical acclaims. Since the first movie went on to be such a commercial success, the producers thought it fit to go forward with a second movie in the franchise, Sicario: Day of the Soldado. Sicario 2, too, was an amazing film, but it paled in comparison to the first one, and the absence of Emily Blunt was especially felt on the big screen. Denis Villeneuve, too, was not available for the movie, which had a major impact on the quality.

Denis Villeneuve, for those of you who are not aware, is also the director behind Dune, the 2021 masterpiece that has been making all the news lately. I would highly recommend you to check it out at the following link: Dune 2021: Reviewing The Blockbuster

Nevertheless, the second movie was still a commercial success, and while it paled in comparison to the first one, it was still a good movie. Bringing on Josh Brolin and Benicio Del Toro, the second movie, too, had a stellar cast, and they performed amazingly. Going by the way it was performed, the producers saw it fit to make another Sicario film. This now brings us to Sicario 3. 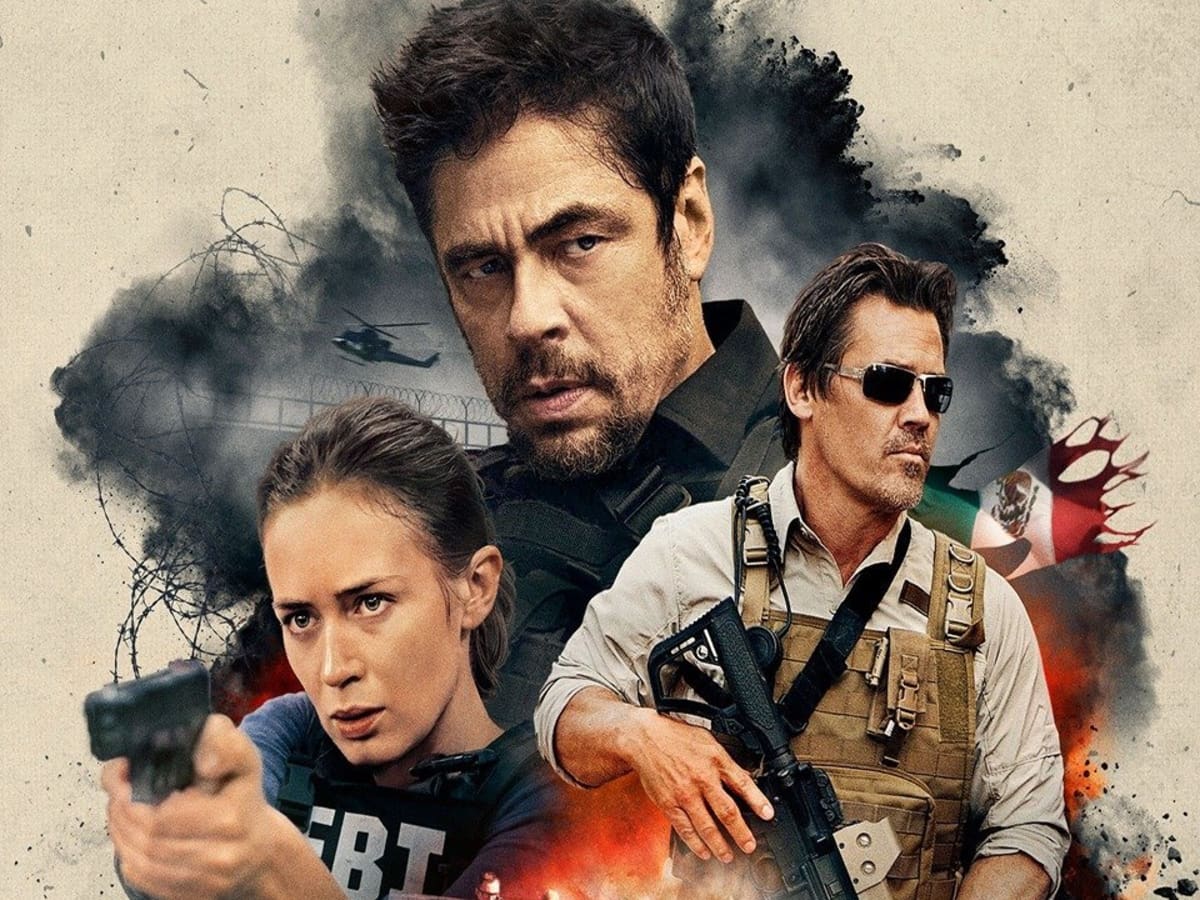 “We were so thrilled that people responded to the first one and we felt justified in making a second because we loved it. We probably are the biggest fans of the movie. And we feel that way again. Obviously, even more than the first one, we kind of leave off a little teaser at the end. Yeah. And we would love to kind of see, you know, this was always in the back of Taylor’s mind, and we loved it, and we thought, God, it would be great if we could get there. I think we’d like to do that now. I certainly feel like the second one lived up to the expectations,” the producer for the movie said. This certainly aroused a lot of hope in fans after the release of the second movie.

The journey after Sicario 2 has been a little bumpy, given the coronavirus pandemic. But Sicario 3 is definitely happening. And it even has a new title! The new film in the franchise has been rumored to be titled Sicario Capos and is going to mark the third entry in the franchise. While we don’t know much about Sicario 3, I’m really excited about it, and I cannot wait to see the direction it takes with the story.

Sicario 3 is expected to pick up right after the events of the second movie, where Alejandro was shot but managed to survive. So it looks like it is going to be a direct sequel, and is going to continue with the story of the task force members and Brolin’s and Del Toro’s characters. It is probably going to feature both Alejandro and Matt as new forces on the border and will entail more gun-toting drug fighting action. With the introduction of Miguel, things are probably going to be even more intense and juicier. While we would like the reintroduction of Emily Blunt’s character to the movie, the movie details are still under the wraps, so it is tough to say whether that will happen. 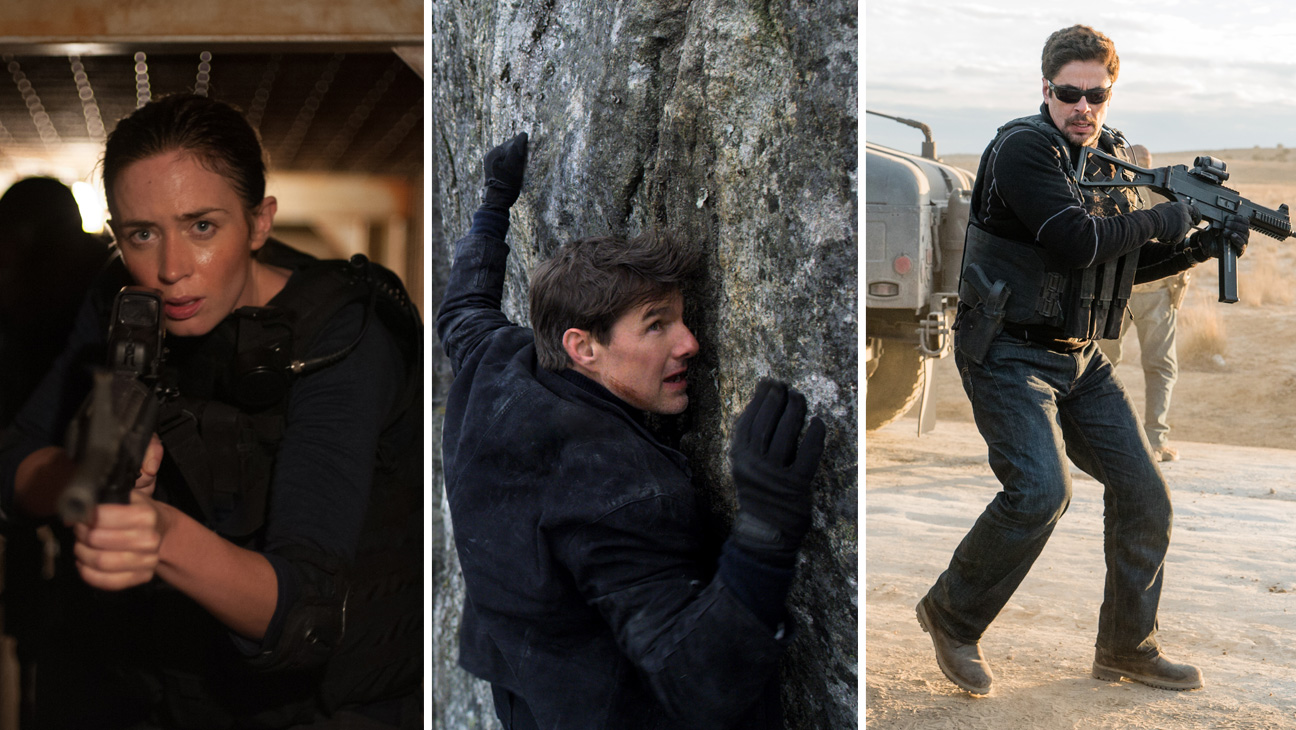 Sicario 3 is rumored to bring back the characters from the second movie, but nothing has really been confirmed as of yet. Most of the movie details are still not set in stone, and the producer himself does not seem too sure of what is going to happen. While del Toro is definitely going to be brought back to the screen, it is tough to say what the fate of the other characters is going to be.

Fans for sure are hoping that Emily Blunt will be brought back for the final movie, but it seems that it might be a big uncertainty, given how much work she already has on her plate, and the fact that she is so busy. So nothing can really be said with certainty. Although her absence will be terribly felt, that is for sure.

Talking about the cast, there has also been a lot of talk about Denis Villeneuve returning for the third movie. This is not something we can assume given that he didn’t return to direct the second movie, but the director has expressed an interest in making one more Sicario movie. However, Villeneuve has a busy schedule and it seems unlikely that he would be able to return for the third film.

The director for the second film, Stefano Sollima, too, expressed his disinterest in returning to the franchise. He said, “Every movie in these series needs to be a standalone that stays in the same world. I’d love to watch another chapter of Sicario, but it should be from a different director who has their own specific style. You shouldn’t have more than one film from the same director. Then it would be too much like a real franchise.”

Now, this is the one most important detail about any upcoming movie. I’m sure you are all really excited to talk about the release date for the movie. And we do have some info about it. Black Label Media, the house behind Sicario 3, has confirmed that the film is going to enter production by early 2022. This means that we can expect the movie to come out by early to mid 2023, given how long each production cycle takes. If things take too long, however, the release date could be pushed back to late 2023. But all of this is conjecture, so take it with a grain of salt.

With all that being said, I think that we know all that has been revealed and rumored so far about Sicario 3. It is a movie I’m really looking forward to, and hope to catch on the big screen. Whenever it comes out, it is sure to be an action fest. So keep an eye out for it!

In the meanwhile, you may watch the first two films in the franchise, if you haven’t done so already.

You may watch the trailer for Sicario down below:

What do you think about the franchise? Are you excited for the new movie? Let me know in the comments down below.

Willard Grosshttps://thefranchisehound.com
Willard Gross is a content writer with an eye for detail. He loves to write and create, but he also enjoys reading and analyzing the work of others in order to critique it. With every sentence he writes, Willard strives for perfection: each word should be just right.
Previous articleThe Queen’s Gambit: Season 2 Update!
Next articleGet the Latest Update on Space Jam 2