Skater Girl: Reviewing A Tale Of Growing Up

Living in a world of privilege, a lot of us often forget that there are people out there for whom a lot of the things that we take for granted are luxuries they can only dream of. And that is the case around the world. Skater Girl is a movie that conveys that concept like no other. Taking place in a country that is not known for its wealth, Skater Girl manages to be a major source of enlightenment for a lot of us. It is a story of what it takes to bring about change, and a gentle reminder of the harsh world out there, and the way society really is. And that is perhaps one of the reasons you should be watching it.

There are not many movies like Skater Girl out there, and given the sheer volume of movies that come out every day that do not focus on the actual social issues out there, it is really refreshing every time a movie like this comes out. I have had similar experiences with other movies such as Moonlight and Slumdog Millionaire, both of which went on to win numerous awards and were received with love the world over. Such is the charm of these films that are humble in their own way, and yet go on to please the inner humanitarian inside us. I’m sure that you are growing more curious about the movie by the minute, so without much further ado, let us get right into it.

Read more: Anime That You Can’t Skip “A Whisker Away” 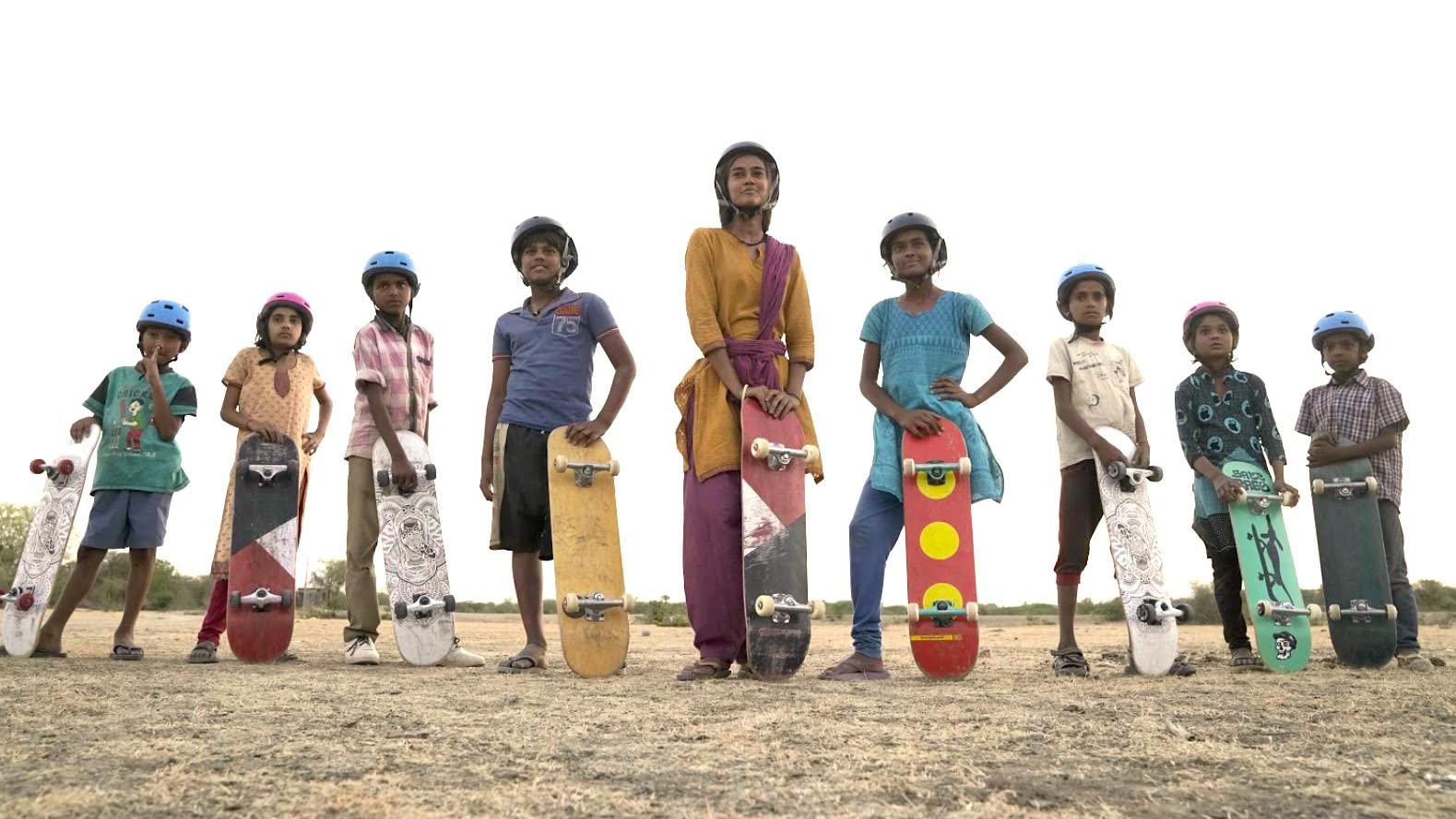 Skater Girl, for those of you who are still reading, is a coming of age film by Manjari Makijany, that centers itself around the story of children like young Prerna, a girl from Rajasthan, who is introduced to a whole other life when she meets up with Jessica, a woman from London who is temporarily in India to know more about where she came from and to see the birthplace of her father. This is also the point at which she is introduced to skateboarding, which is something that is surely going to change her life. It is a movie that shows the exposure of young Prerna to skateboarding, and her eventual growth as she grows into a more expressive person.

The story takes place in the humble land of India, where money isn’t easy to come by, and life isn’t as easy as it is in Europe. This is a huge contrast to the life that Jessica has experienced growing up in London. After she arrives in India, she goes straight to work and gets to work on unearthing her ancestry, and know more about where she came from. On the other hand, Prerna, who is living in poverty with her family, has a completely different outlook on life, and has a whole other set of problems. That is perhaps one of the things that the movie conveys in the best possible way. You can clearly see the differences here, but there is a certain sense of solidarity that brings the two together.

Erick, Jessica’s friend, soon shows up in the neighborhood with a skateboard, much to the amusement of those around him, and with a keen sense of curiosity, the children get excited about it. Prerna, who hasn’t even thought about her future, suddenly gets into skateboarding and is introduced to a whole different world. A world where she can aspire and think for herself, and a world where she can experience freedom. It is everything she could ask for, but life is not so simple, especially not when you are in India.

Skater Girl is a tale of growing up. It is a tale of rediscovery. But most importantly, it is a tale of getting in touch with who you really are, and how the world will change for you if you have the conviction. It is one that I really enjoyed and I cannot overstate how important movies like these are. There is not much to be said in the way of criticism for the movie. And I have just grown to love it.

Read more: What is there in Voices of Fire?

Skater Girl is a production that is well timed and well received, especially in an era where we have increasingly been walking away from social interactions, and a world that is not so simple. I loved the movie for what it is, and I would highly recommend you to watch it. This one is a winner in my opinion.

Skater Girl is currently streaming on Netflix. You may check it out at the following link:

You may check out the trailer for the movie here:

What do you think about the movie? Did you like it? Do you think it is revolutionary with the ideas that it presents? Let me know in the comments down below.

Willard Grosshttps://thefranchisehound.com
Willard Gross is a content writer with an eye for detail. He loves to write and create, but he also enjoys reading and analyzing the work of others in order to critique it. With every sentence he writes, Willard strives for perfection: each word should be just right.
Previous articleAnime That You Can’t Skip “A Whisker Away”
Next articleWhy Should You Watch The Loud House Movie?