Sky Glass Review: Is It Quite What You Want?

Sky has been in the business of streaming television direct to our homes for a long time now. In fact, it is one of the few brands that has become a household name worldwide. However, with the new era of internet streaming, things have become really different as people are ditching their dish antennas and DTH systems in favor of internet-connected streaming devices. And it seems that Sky is all set to cash in on this major change in paradigm. And that is the reason that they have launched the Sky Glass. I’m sure that you must have seen the advertisements. They are everywhere and Sky is not sparing any expense on its PR and marketing.

But the bigger question to ask here is whether this new Sky Glass is even worth it? It is important to note that internet streaming has not been able to replace DTH streaming for a long while now and there are a number of reasons for it. But what does Sky Glass bring to the table to change all that? Is it any different from the streaming services that we have seen so far? And what exactly is the catch here? These are just some of the questions that you might be rightly asking yourself right now. So it is quite important to answer these questions so that you can make an informed decision about the Sky Glass if you are in the market looking for a new television.

So without much further ado, let us get right into the details and discuss all that the new Sky Glass has to offer you, and whether it is one that is worth buying.

Sky Glass: About The TV We all know that there is no dearth of television sets on the market. In fact, the market keeps growing every day and more and more brands are now offering smart television sets that are either running on a version of Android or on the OEM’s own operating system. And this trend has been picking up quite rapidly lately as people rush to get subscriptions for streaming apps to watch their favorite TV shows. But one major thing that these smart TVs miss out on is the ability to stream live TV. While there are apps to do so, the selection is quite limited and they have not really been able to replace the full-fledged experience of a DTH so far.

However, with the Sky Glass coming into play, all of that might be up for a major change. Sky Glass is the first time that the streaming giant has brought out a TV that has the ability to stream live TV from Sky over the internet. This is a big change over the Sky Q, which comes as a standalone unit. However, the fact that it is a big change doesn’t necessarily mean that it is a good one. It’s certainly innovative though. It does away with the need for a separate Sky set-top box alongside your TV and makes things more convenient and cleaner in a sense of organization.

The Sky TV, for all intents and purposes, is a standalone product that by itself is capable of 4K streaming. It takes the streaming capabilities of the Sky Q and pairs it up with a 4K screen for a unified experience for those who are heavily reliant on Sky Services. All things considered, it is a pretty neat solution that comes in three different sizes: 43in, 55in, and 65in. In addition to this, the TV comes with a Quantum Dot Panel with local dimming that supports standards such as HDR10, Dolby Vision, and HLG. Also, the Sky Glass has built-in support for Dolby Atmos as it comes with a soundbar that is directly compatible with it. When you look at it, the spec sheet itself is pretty respectable. 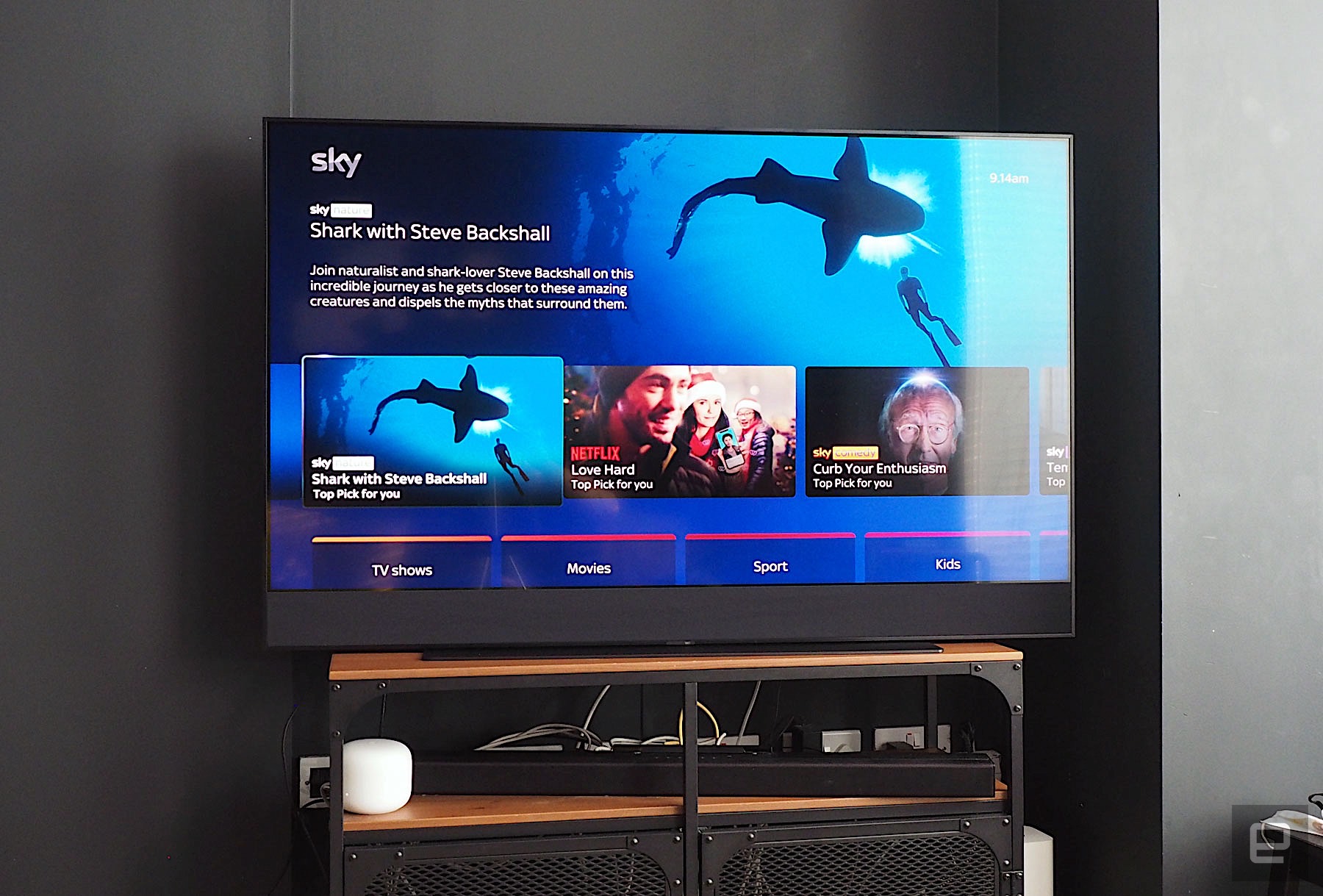 Now, coming to the review for the Sky Glass, there are a number of things that need to be considered before a verdict can be delivered for the same. And I think I should start with the overall promise here. The Sky Glass promises to bring all the functionality of the Sky Set Top Box in a neat package that does away with the need for a separate device. And while that is true, the Sky Glass misses out on one major feature that would have been really important for most of us, and that is DVR features or show recordings. The new Sky Glass loses out to the Sky Q big time when it comes to this because the new TV does not support recording your favorite programs. Rather, Sky has come up with a solution where the users can watch the content later as per the wishes of the broadcaster, and that is certainly much worse than simply recording the telecast.

Again, as Sky goes forward and tries to replace the DTH and make it into a dishless environment, it suffers from quality issues. The picture and sound quality that the Sky Glass delivers over the internet simply aren’t good enough to warrant a change from a Dish-based service. The Sky Q and other set-top boxes simply deliver a far more superior experience when it comes to the quality of the content and that is simply not something that the internet can replace yet. So unless convenience is that important to you, you might not want to ditch that set-top box in favor of a Sky Glass yet.

That being said, however, the speaker quality is really good and so is the panel quality. It isn’t the best but it does what it is intended for quite satisfactorily, so I have no qualms with what Sky is offering here. The new bundled remote is also quite smart and supports voice input, which is something that has become a standard nowadays. There is also multiroom support if you need it but comes with an additional fee. Talking of fees, the Sky TV is actually quite interesting as you can buy it on a contract basis in addition to your regular Sky service. The cost is quite reasonable and I have no reservations about it either.

The connectivity options here are your standard television affair, as you get three HDMI 2.1 ports on the side along with support for ARC in case you want to control your devices using your TV remote control. There are also other ports like the USB C, an Ethernet connector, and a simple aerial point for cable television. The device also features WiFi connectivity, so things are really seamless and you would not feel the need to even use any of the other cables or connections in any way.

All of this, however, might just be something that simply fades away with time. This is because Sky has recently announced that they will be releasing their streaming puck soon that the user can simply pair up with their existing television or any television of their choice. This will take a big shot at the sales of the Sky Glass because it is cheaper, does the same thing as the Sky Glass, and offers the users the choice to select their own television or to use their existing one at a fraction of the cost. 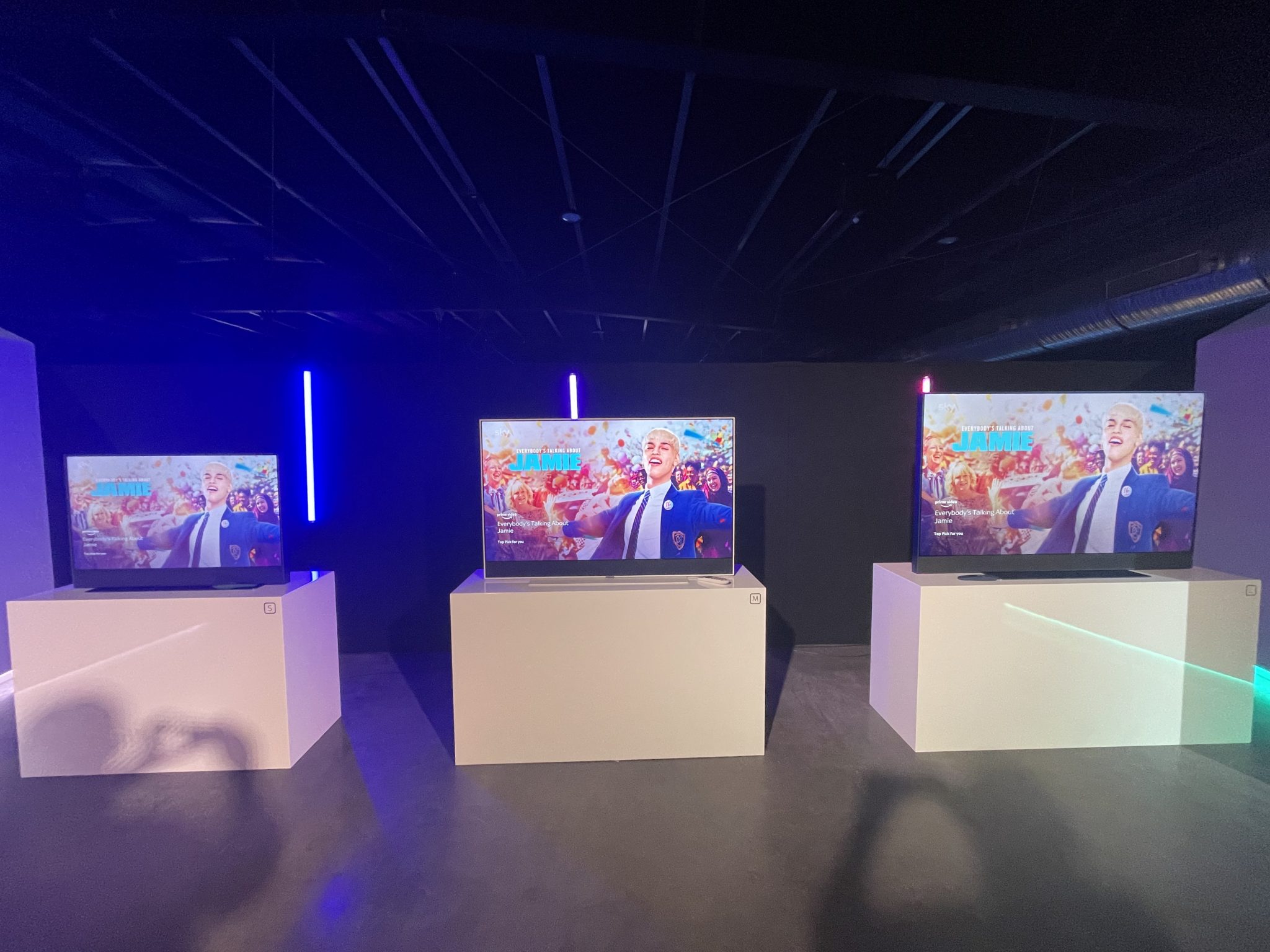 At the end of the day, while the Sky Glass is the product that the company hoped would eventually replace their Sky Q box and drive the market forward, it doesn’t seem like that is going to be the case. Rather, it is probably going to die out like the Fire TV to the Fire TV Stick or in this case, Sky’s own Streaming Puck. If a proper television DTH replacement is what you’re after, steer clear of the Sky Glass. The quality simply doesn’t match up to what the Sky Q currently offers. If convenience is your priority, however, then you cannot go wrong with the Sky Glass.

What do you think about the television set? Did you like it? How do you feel about the compromise on streaming quality in a favour of a dishless experience? Let me know your thoughts in the comments down below.

Ghost of Tsushima Seems to Have Received the Final Patch!