How many of you here are fans of football, or even just sports in general? And I’m not talking about the American sport. I’m talking about the European one. It is the most widely watched sport around the world and has a fan following unlike any other. You are never ever going to find anything like it in any other sport. And it is one that millions around the world follow religiously. For those of you who belong to that category, Ted Lasso might just be the show for you. Ted Lasso, when it came out, caused quite a lot of commotion and people just loved it. It is the imperfect story of a football coach who has no prior experience in coaching other football players. And now, with Ted Lasso Season 2, the stakes are even higher, and I have been ardently following it so far.

Ted Lasso tells the story of a football coach who is hired to coach a local football team. And all that is fine and dandy, except he has no experience coaching young football players. And it is not like he is up against a bunch of kids. This is a serious sport, and Ted Lasso must be a competent coach to survive in the arena. His team are relying on him, as they go up against some of the best teams in Europe, and take their wins and losses. Coming from a college team background, stepping into the premier league and coaching the team AFC Richmond is something of a big step for Lasso, and it has only happened because the owner of the team wanted to spite her ex husband. It is a really interesting story of how small town coach makes it big, and eventually leads his team to victory.

So now that I’ve given you a brief introduction to the franchise, we can get into how Ted Lasso Season 2 has turned out. It is one that has a lot of hopes behind it, and has been the subject of fan controversy recently. So without much further discussion, let us talk about Ted Lasso Season 2.

Given your interest in sports, I’m sure you are also interested in athletics and other sports. if that is the case, I highly recommend you to watch Untold: Caitlyn Jenner Is A Story Worth Telling. It is the story of Caitlyn Jenner, the athlete who won the Decathlon and became the greatest athlete in the world. It will show you a perspective worth sharing. 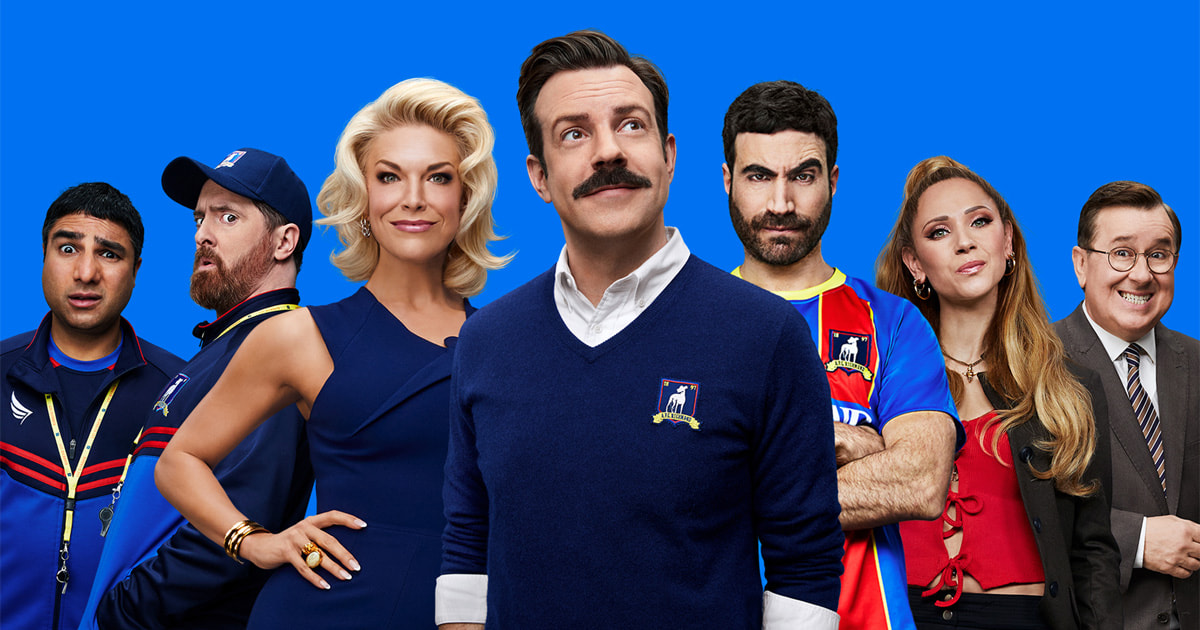 Ted Lasso Season 2 has been the subject of a lot of backlash from fans. Ever since it came out, fans have been saying that the quality of the second season simply doesn’t match up to that of the first. Although these are a small minority, they are still quite vocal about their opinions. It doesn’t help that the latest episodes of Ted Lasso have been the subject of a lot of controversies themselves. So things have been quite rough at the studio for everyone.

Recently, the eighth episode of Ted Lasso Season 2 was released, and a lot of important and crucial stuff happened, that might just have changed everything. And something even bigger happened before the team was going to go up against giants Manchester City FC in the FA cup.

It is a big moment for the team as some major things get revealed in the open. Ted reveals the reason for his disappearance during the game. He tells the team that it was because of a panic attack that he had, and that it was a major problem that he had been having for quite some time now. But he was seeing the team doctor for the same, and soon everything would be okay.

Higgins also reveals something huge about himself, and is met with an equal level of understanding. And it is all around an emotional moment for the team. Following that, everyone on the team confessed things about themselves, some shocking and some outright outrageous. Roy Kent reveals how he doesn’t read the scouting report sent to him because of boredom and always skips over it.

Nathan reveals that all that he thinks during the game isn’t actually something that comes to him on the field. Rather it is the result of months long processes. Brendan also revealed that he played games while under the influence of shrooms, which took us aback, but was eventually met with acceptance.

It was a really emotional moment for the team as everyone revealed their emotional depth and their trust for each other as they shared their huge secrets with each other and treated each other like best friends and confidantes. It was a very awe inspiring moment and what makes Ted Lasso the show it is.

Overall, Ted Lasso episode 8 was quite a satisfying episode and one that I really enjoyed.

If you enjoyed Ted Lasso, then you might also be interested in Schumacher: Release Date, Synopsis, And Cast. Schumacher is the documentary of the legendary Formula One Race car driver. It tells the story from his rise to his retirement and one that I recommend you to watch right away!

I have really been enjoying what I have seen from Ted Lasso season 2, and I’m sure most of my readers are too. It is really well made and I think most people would just love it. Also, it is a treat for most football fans. So if you haven’t watched it already, stream it now! You won’t regret it at all.

Ted Lasso is currently streaming on AppleTV+. So if you want to catch the show, grab a subscription to the service.

You may watch the trailer for Ted Lasso Season 2 down below:

Ted Lasso currently holds a rating of 8.7 out of 10 on IMDb, based on multiple user reviews. This is a really high rating for any show and I strongly recommend it. IMDb is our preferred platform for all movies and TV shows.

What do you think about the show? Did you like it? What are your thoughts on the second season? And what about the eighth episode? Let me know in the comments down below.

Willard Grosshttps://thefranchisehound.com
Willard Gross is a content writer with an eye for detail. He loves to write and create, but he also enjoys reading and analyzing the work of others in order to critique it. With every sentence he writes, Willard strives for perfection: each word should be just right.
Previous articleUntold: Caitlyn Jenner Is A Story Worth Telling
Next articleBob Ross: Happy Accidents, Betrayal & Greed Review