The Conjuring: The Devil Made Me Do It Review

The Conjuring is a franchise that changed the way people saw horror movies. It brought about a new era of horror movies that were never seen before or witnessed in any form. It brought the 21st century its own flavor of horror movies that involved facts blended with fiction and amazing exorcisms. It was truly one of its kind. And then, the franchise was continued in a forward direction with prequel spinoffs and sequel movies. And now, we have The Conjuring: The Devil Made Me Do It. The newest film in the franchise, or as some might call it, Conjuring 3, the movie is one that takes the franchise one step further into a dark direction.

Now many of you might be wondering what I’m talking about. But you’ll have to wait a bit for that. For those of you who are unaware of the Conjuring franchise, it is arguably the biggest horror movie franchise out there right now, especially when it comes to popularity with the general audience. Almost everyone, whether they are a horror movie buff or not, has heard of the Conjuring. It is a movie that is just timeless and entertaining. Rooted in reality and made entertaining by imagination, it is the true blend of fact and fiction that is going to change the way horror movies are viewed forever. The Conjuring: The Devil Made Me Do It just came out some time ago, and we have been waiting to review it for quite some time now. So without much further ado, let us get right into it.

The Conjuring: The Devil Made Me Do It Reviewed 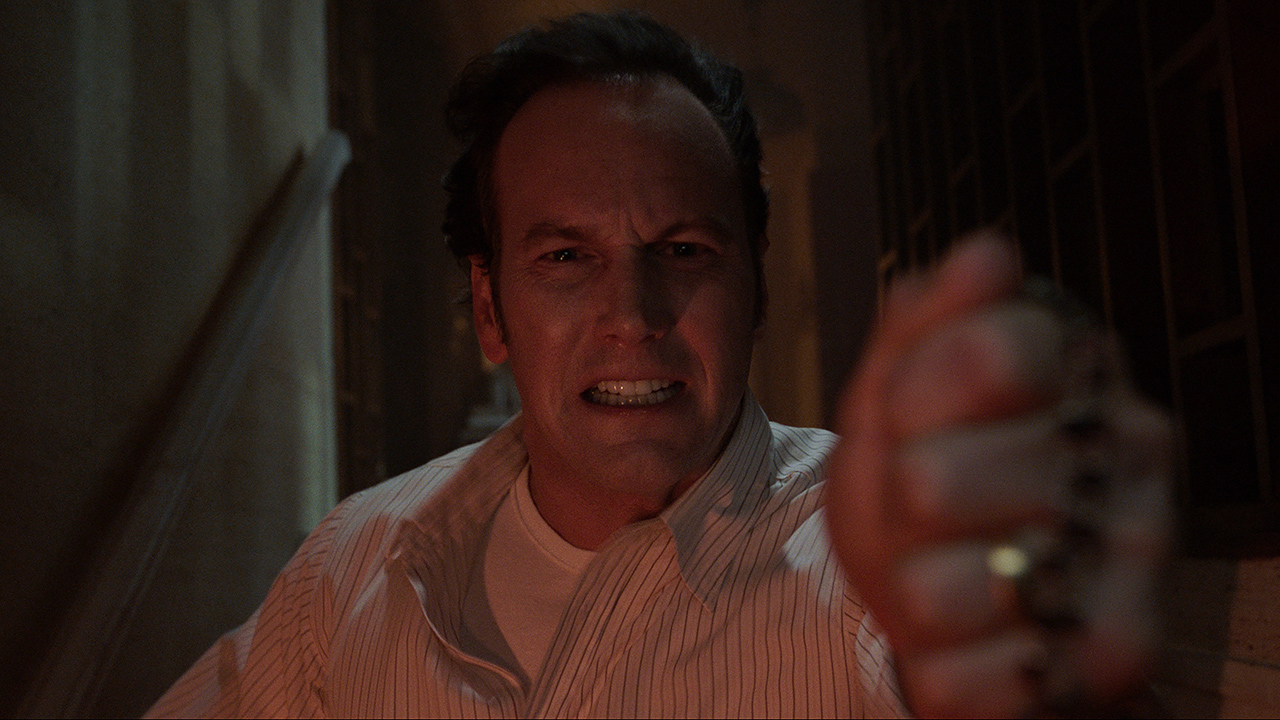 Now, when we talk about blending fact with fiction, we do not mean it in a way that the movie is simply based on a small haunting and then expanded upon in a fictionalized way. We actually mean that the stories in Conjuring are based on real instances. The Conjuring’s stories are based on the experiences of Warren and Lorraine in the 20th century as they went around handling big cases of paranormal activity and demonic possessions. It was something to behold, truly. The same has been the case with all of the Conjuring movies, which have featured real cases from the files of Warren and Lorraine. And The Conjuring: The Devil Made Me Do It is no different. Where the last Conjuring movie left off in the 1970s, the next movie in the franchise takes us one decade further, into 1981.

This time, the story is based on a real account of demonic possession and loss of life. It is simply something that is too close to the heart of Warren and Lorraine, and the people involved in the story. It needs to be talked about, and the movie has done a great job of it here. The movie is based around the possession of 8 year old David Glatzel, a boy from Connecticut. David’s life is endangered after he gets possessed by a ghost and is taken to the priests and Warren and Lorraine to perform an exorcism on him. However, just when he is about to die as part of the exorcism, his sister’s boyfriend, Arne, steps in and offers to take the demon as a part of himself. And so, the exorcism finally succeeds and Arne gets possessed by the ghost. Some time later, in a bad incident, Arne completely loses control, blacks out, and commits the homicide of his landlord. This leads the Warrens to be convinced of his possession, and a case is fought for him in court, as he was not in control of his body during the murder.

The Conjuring: The Devil Made Me Do It is a story that is really emotional and will hit you really hard. The fact that the story is real and there was an actual loss of life there makes it all the sadder. Arne’s conviction, too, is completely real and he served 5 years in prison. That really is something to think about. The emotional weight of the story quickly takes it from another horror story to one that is downright amazing. The Conjuring action that we have come to expect from every movie is still here, with spine-chilling visuals and environments that are just above and beyond everything else. As a fan of horror movies, I truly enjoyed the movie and would recommend it to anyone who is a fan of the franchise. The Conjuring: The Devil Made Me Do It takes the franchise a notch higher than before, and we completely welcome the change.

Read more: Awkwafina Is Nora From Queens Season 2: Up And Up

The Conjuring: The Devil Made Me Do It Outlook

With all that being said, The Conjuring: The Devil Made Me Do It is an experience meant to be enjoyed in the theaters, and so I would highly recommend everyone to seek out their nearest theater to catch the movie. I truly enjoyed it, and would recommend fans of horror movies to watch it as soon as they can. It is not one to be missed.

If going to the theater is not an option, the movie is available to stream on Amazon Prime Video. You may check it out at the following link:

Watch The Conjuring: The Devil Made Me Do It on Amazon Prime Video

The movie currently holds a rating of 6.3 out of 10 on IMDb, based on multiple user reviews. IMDb is our preferred platform for all movies and TV shows.

What do you think about the movie? Are you excited about it? Let me know all your thoughts in the comments down below.

Willard Grosshttps://thefranchisehound.com
Willard Gross is a content writer with an eye for detail. He loves to write and create, but he also enjoys reading and analyzing the work of others in order to critique it. With every sentence he writes, Willard strives for perfection: each word should be just right.
Previous articleWhat’s The Mystery Behind Full Bloom Season 2
Next articleHave You Watched Mrs. Fletcher Season 2 Yet?