Up until this point, we have already talked about the Fear Street Trilogy on this channel quite a few times. And that is because of the amazing public response it has been receiving so far. In the past few months, hardly any other franchise has gotten such a response. The Fear Street Trilogy is just slaying it with the figures as well as the reviews right now. And part of it is owing to the marketing strategy that Netflix has adopted for the franchise. Netflix has taken a very different direction when it comes to this franchise. In the era of streaming, we are already very used to binge watching and mini series. But this is just something else. With the Fear Street Franchise, Netflix decided to drop three full length movies back to back. Which is something we had never seen before.

This really plays into the whole binge watching trend today. People love to binge watch the entire series or franchise in one go, and fear street managed to do just that over the span of a month. Netflix released each movie in the franchise weekly, giving enough time to the viewers to absorb the story. And for those who wanted to binge watch, the wait wasn’t that long either. Win win for everyone. Based on the book series by R L Stine, The Fear Street Trilogy is the story of two twin cites Sunnyvale and Shadyside. Very aptly named cities too, we must say. The show portrays Shadyside as a wasteland sort of town, while Sunnyvale is doing amazing for itself, and is quite the place to be.

The Fear Street Trilogy: About the Series 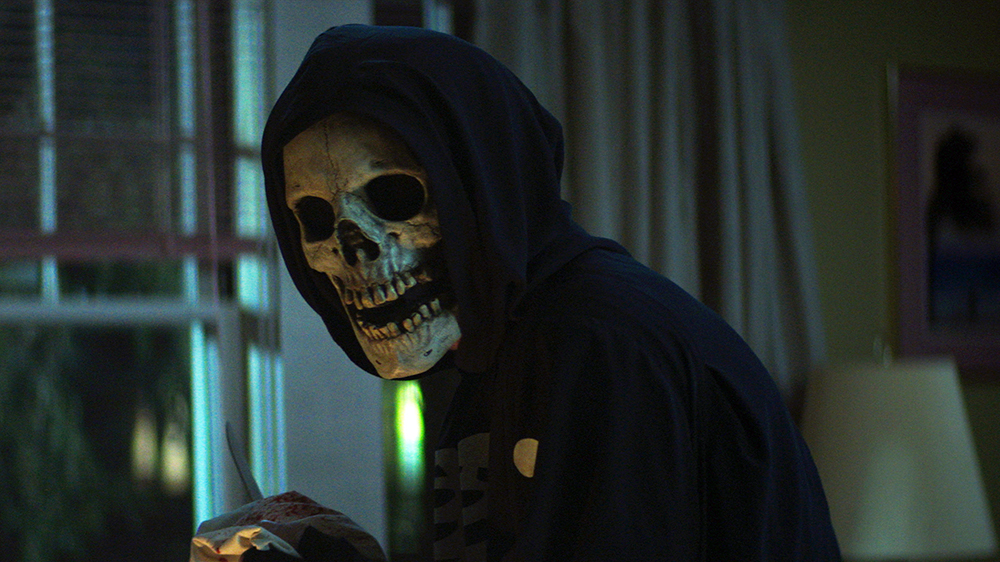 The Fear Street Trilogy is a series that is all about the supernatural. The trilogy focuses on the source of all the bad things that are happening in Shadyside. The story starts with killings and goes on to become quite grotesque in its nature. It is then that Deena and her brother Josh start wondering about why all the bad things keep happening in Shadyside. Which is when Josh talks about the curse of Sarah Fier, a witch from 300 years ago in Shady side. The first movie sees Deena and her friends deciding to tackle the problem and end the curse for good. Because the Sheriff just wouldn’t hear it. They realise the pattern of killings in the town, and decide to figure things out.

While the first film in the franchise is all about investigating the curse and to find out why all the bad stuff is really happening, the second film is where things get much more serious. The gang in the second film starts investigating Ziggy’s trail and all that she has told them. They go back to 1978 to investigate the killings that took place under the Nightwing Massacre. They go to the Witch’s Lair to find out what is really the cause of everything that is happening around them. And it is a really fun and intense experience. The second movie is the one that we really loved in the series. It just has the perfect blend of everything. We have reviewed The Fear Street Part 2 on our blog. You may read it at the following link:

Coming to the third film in the series, it is really about tying all the loose ends that the first two films left in the series. It further goes back in time to 1666, when it all started. There, Deena learns the reality of what really happened to Sarah and tries to fix everything. Half the movie takes place in the present time, so it is truly the conclusion to the series and sees the conclusion to Deena’s journey. We have reviewed the Fear Street Part 3 on our blog. You may read the review at the following link:

Fear Street Trilogy: Where to Watch

For those of you who haven’t watched the Fear Street Trilogy, you might be wondering where you can catch the new film trilogy. The Fear Street Franchise is currently streaming on Netflix, so you can watch the entire film trilogy on there. We really recommend watching the Fear Street if you are a big fan of horror movies. It is really good and will keep your interest piqued throughout the show. We highly recommend it to our readers. You may watch the films at the links below:

The Fear Street Trilogy also has a very good response from the viewers, with the movies averaging around a 65% rating for all three parts.

What are your thoughts on the Fear Street Trilogy? Have you watched it? Did you like the movies? Let us know in the comments down below.

Willard Grosshttps://thefranchisehound.com
Willard Gross is a content writer with an eye for detail. He loves to write and create, but he also enjoys reading and analyzing the work of others in order to critique it. With every sentence he writes, Willard strives for perfection: each word should be just right.
Previous articleThe Kissing Booth 3: Elle Makes Some Tough Choices
Next articleCanva: Design Anything & Everywhere In 2021