If you are a fan of romantic comedies, there is a very good chance that you are aware of the Kissing Booth. And there is an even bigger chance that you’ve actually watched the movies. When it came out, The Kissing Booth took the world by storm and got a lot of viewership within a very small frame of time. And why would it not do so. The film was just that good. And it appealed to a wide set of audiences because of the easy to follow story. It is also a film that is very easy to appreciate. Because of its simplicity in the most complex of situations. Such films easily create their place within the heart of the audience and do very good. And now, we finally have the Kissing Booth 3 coming up. And there is a lot to talk about the newest movie in the franchise.

The Kissing Booth 3 was recently announced for the Netflix platform and audiences have been waiting for it for so long. Part of the reason is that there has been quite some time since the last Kissing Booth movie came out. And the other part of the reason is that Netflix is spoiling everyone with the quantity of content it is putting out nowadays. Case in fact being the latest Fear Street Trilogy which it released in a manner of weeks. That is literally one of the fastest trilogies ever released. Read our review for Fear Street 2 and Fear Street 3 at the following links:

That being said, we are really excited to see where the Kissing Booth is going to take us today. It is one that we have been wanting to talk about for quite some time now.

The Kissing Booth 3: About the Movie

The Kissing Booth 3 is the direct sequel to the Kissing Booth 2, which was again a direct sequel to the original. It follows the story of Elle as she tries to live her life to the fullest during her last summer before she has to leave for college. But things are not that simple. She must makes some big choices for herself and decide on what she wants to do with her life. She must either choose between love or what she wants for herself. And it is quite the tough choice. Nevertheless, Elle and Lee decide that they are going to make the most of what they have, and enjoy their last summer together as BFFs. It is a major choice and one that most people dread.

The official synopsis for the movie states, “It’s the summer before Elle heads to college, and she’s facing the hardest decision of her life: whether to move across the country with her dreamy boyfriend Noah or fulfil her lifelong promise to go to college with her BFF Lee. Whose heart will Elle break as The Kissing Booth trilogy comes to an end? Watch ‘The Kissing Booth 3’ only on Netflix August 11.”

The movie is going to bring back all our favourite characters, acted out by their respective actors. And it is going to be quite interesting to watch the conclusion to the story. 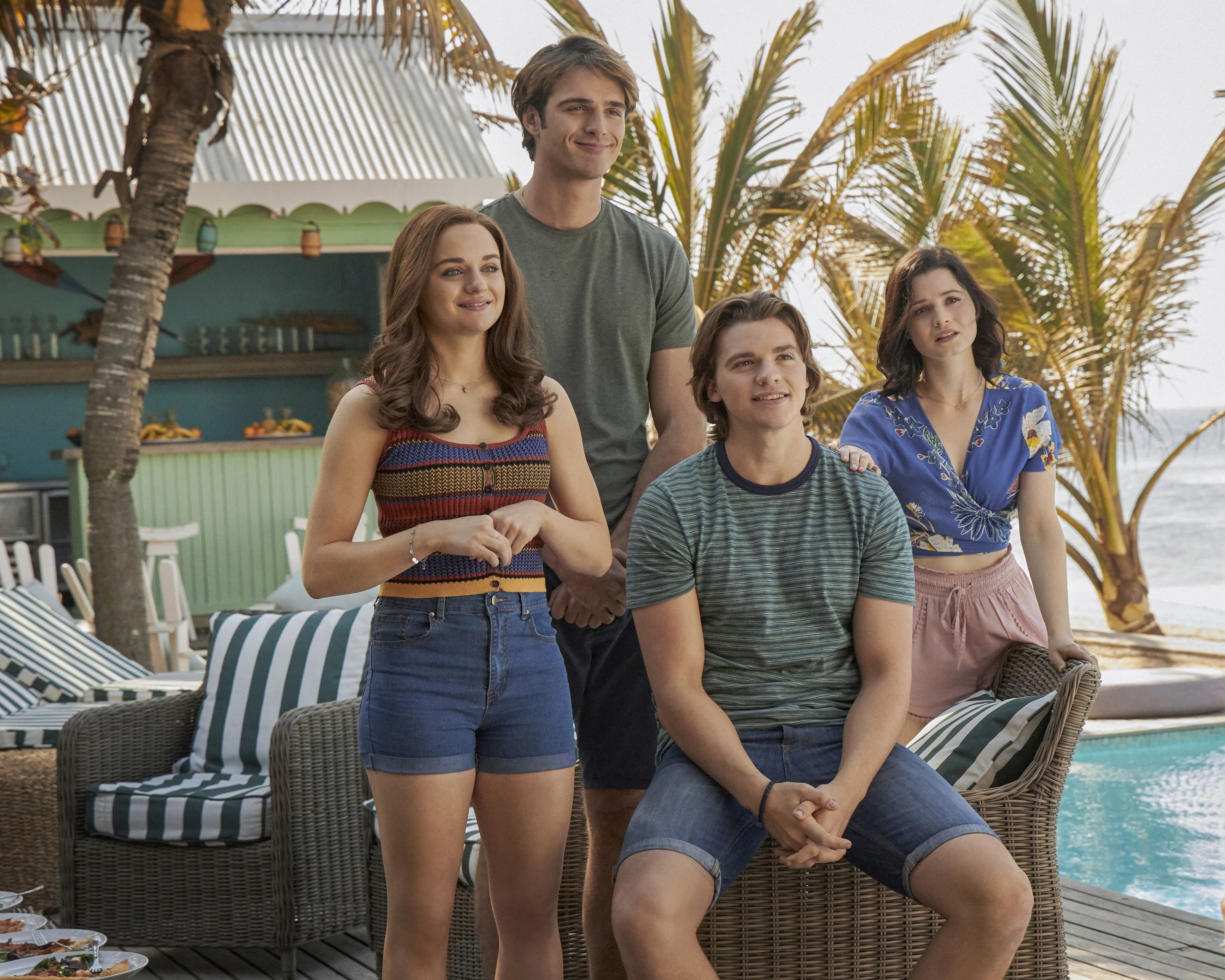 Now quite naturally, many of you might be wondering when the new film hits the streaming platform. And we have some really good news for you. The Kissing Booth 3 hits the streaming platform on August 11, 2021. That is literally just a week away. So it is going to be quite an exciting week as we wait for the new release. In the meanwhile, we would recommend that you watch the first two movies in the franchise. The Kissing Booth is all available on Netflix, and we highly recommend it. It is a great romantic comedy with just the right blend of chuckle inducing and romantic moments. It is a great one to watch, and it will get you warmed up for the Kissing Booth 3.

The Kissing Booth is available on Netflix to stream. Click the following links to watch the first two movies in the franchise.

Watch The Kissing Booth on Netflix

Watch The Kissing Booth 2 on Netflix

What are your thoughts on Kissing Booth 3? Are you excited for it? Are you a fan of the franchise? Let us know in the comments down below.

Willard Grosshttps://thefranchisehound.com
Willard Gross is a content writer with an eye for detail. He loves to write and create, but he also enjoys reading and analyzing the work of others in order to critique it. With every sentence he writes, Willard strives for perfection: each word should be just right.
Previous articleThe Suicide Squad: James Gunn’s Genius Brainchild
Next articleThe Fear Street Trilogy: A Time Travel Fest