How many of you are fans of Dungeons and Dragons? Or just tabletop games in general? They are quite interesting and fun, don’t you think? They allow us to get together with like minded people and indulge in our own little world of fantasy and escapism. It allows us to get away from everyday life in a game world entirely of our own making. The Legend of Vox Machina plays on that premise and is based on the idea of Dungeons and Dragons. It is quite an interesting series and comes as a prequel to Critical Role and takes place before that with the same cast based on the same canonical storyline. So I’m personally quite excited for it. I have waited for something like this for a long time. And now it is finally here.

The new series, The Legend of Vox Machina, comes back in the form of an animated series. It takes place before the events of the original Critical Role, and the cast members come together to play a birthday game, comprising of Dungeons and Dragons, for Liam O’Brien. Following this, the coveted web series is established and approved by the people at Amazon Prime Video. That is where the Legend of Vox Machina comes from. All of which certainly sounds like a lot of fun. I’m personally a fan of animated series as additions to already running franchises. They provide a sense of variety and depth to the series. It provides something different and allows the show writers to go crazy with their imagination. This especially holds true when it comes to imaginary monsters and sprites. And that is also why I’m all the more excited for this series.

The Legend of Vox Machina: About The Show 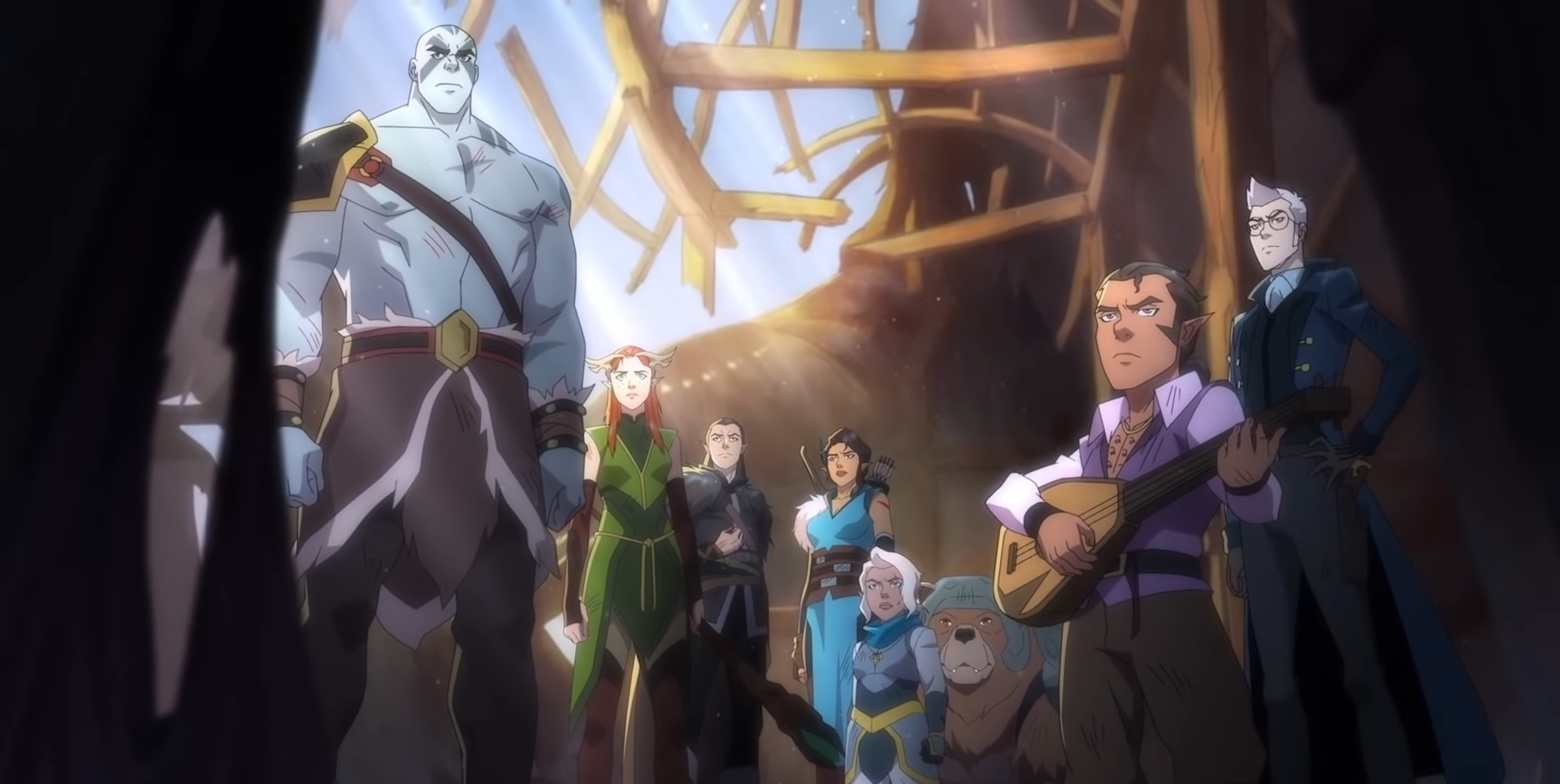 The Legend of Vox Machina is a fantasy based show that follows the same characters and actors from Critical Role. It follows a timeline that is based before the cast started broadcasting, and began with their first show.

The synopsis for the upcoming show reads as “The Legend of Vox Machina follows a group of second-rate adventurers on a quest to save the realm from terrifying monsters and dark magical forces. Throughout the first season, our characters will face undead giants, overthrow a sinister necromancer, and confront a powerful curse that has taken root inside their own group. Through it all, they learn how to function as a team, and discover they’re much more than that: they’re family.”

That sounds like quite an amazing series if you ask me. From undead creatures and terrifying monsters to dark necromancers, it has it all. And that is something that is really exciting to me as a loved of Dungeons and Dragons. And the fact that it also might provide us some background on Campaign 1 of Critical Role is all the better.

The Legend of Vox Machina has quite a lot of talent behind it, with the original cast reprising their roles, and the animations being handled by Phil Bourassa, known for his work on Justice League and Batman: Bad Blood. He is quite an able animation designer, and I’m excited to see what he brings to the table.

Overall, the premise for the series seems like quite an interesting one and will appeal to fantasy lovers and Dungeons and Dragons enthusiasts. Those who are fans of the original show Critical Role must watch this one.

You might also be interested in Project Runway Season 19: Release Date And Updates. The  fashion TV show that puts designers against one another is finally back, and this time, it is going to be different. So tune in to your television sets and get ready for Project Runway Season 19. Read the article to find out all that is going to be different this season.

The Legend of Vox Machina: Cast

As I mentioned, The Legend of Vox Machina brings back the original cast from Critical Role. But for those of you who are not aware of the same, the cast for the show is as follows:

You might also like the District 9 Sequel: Finally On The Way. District 9 was a movie that played on the very serious themes of poverty and poor living conditions in Africa while dealing with issues like apartheid. It is a science fiction movie that shows alien species coming to reside on earth and living in slum like conditions. You may definitely want to check it out if you’re a fan of science fiction. 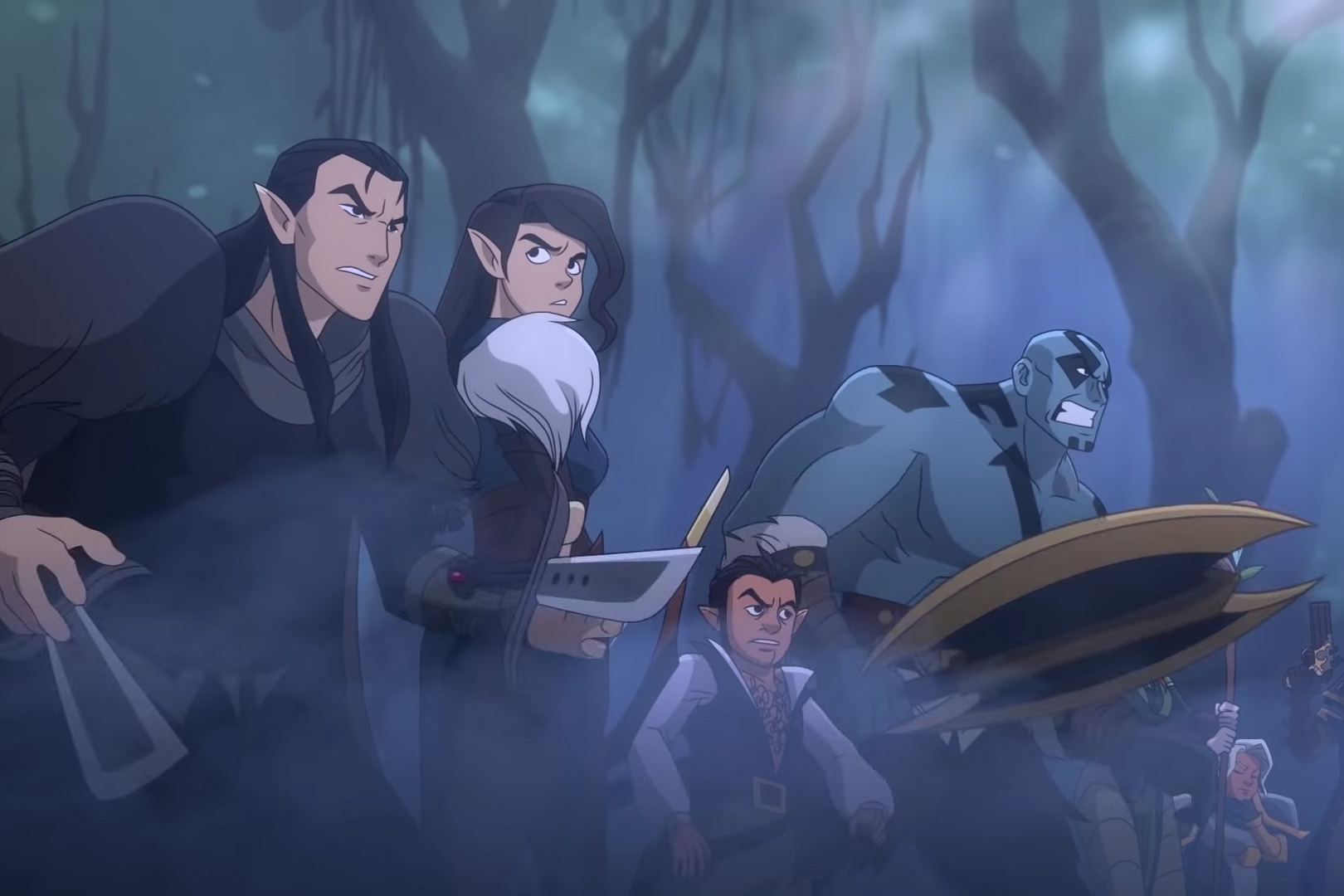 Let’s face it. Most of you are here for the release date of the show. And I can totally understand. Given the way Critical Role went, it is only natural to be excited about this one. I’m personally really excited for it too! The creators put off the release date for so long after the Kickstarter campaign took off. But now, we might finally have something to go off on. The creators have announced that The Legend of Vox Machina is going to be released between summer and fall 2021. However, that’s not all. Rumors from trusted sources suggest that the show is going to be released on October 31, 2021. Which makes a lot of sense given Halloween and the theme of the show. So I’m really excited to see what the team has in store for us.

With that, we come to the end of our discussion for the upcoming animated show. The Legend of Vox Machina is one show that will definitely be a tabletop player’s delight. With less than a month to go, it is going to be quite amazing. And we’ll see the whole story from a new perspective. In the meanwhile. if you haven’t watched the original Critical Role, I highly recommend you do so immediately. It is well worth the watch and will keep you primed for The Legend of Vox Machina.

Critical Role is currently streaming on the official website. Check it out at the following link:

Critical Role currently holds a rating of 9.2 out of 10 on IMDb, based on user reviews. IMDb is our preferred platform for all movies and TV shows.

Watch the trailer for the Legend of Vox Machina down below:

What do you think about the web series? Are you waiting for it? Are you a fan of the genre? Let me know in the comments down below.

Willard Grosshttps://thefranchisehound.com
Willard Gross is a content writer with an eye for detail. He loves to write and create, but he also enjoys reading and analyzing the work of others in order to critique it. With every sentence he writes, Willard strives for perfection: each word should be just right.
Previous articleLatest Update on Locke and Key Season 2
Next articleIron Fist Season 3: Latest News