The New Clifford Movie Is Finally Coming Out

Clifford The Big Red Dog is a classic character that a lot of us know and remember. In fact, it is one of those characters that brings out a certain manner of nostalgic longing inside us that we haven’t felt in a long time. And fans of the dog have been waiting for it to get the recognition it deserves for a long time with the Clifford movie. Clifford is just not a character that is really in popular culture nowadays. It has been superseded by far more recent creations and works of art and technology.

But that does not mean that it has lost its place in the hearts of those of us who grew up watching reading the picture books and watching the TV shows, that so artistically tried to portray Clifford in all his glory. The new Clifford movie is one that has been a huge demand of ours for a long time, and now that it is finally happening, I am ecstatic and my happiness is out of bounds.

Clifford The Big Red Dog has a lot of history behind it. The character, which first appeared in 1963 in the paper book “Clifford The Big Red Dog” by Norman Bridwell, was highly successful and went on to be featured in picture books, TV shows, and even as much as some interactive video games. It went on to become an international franchise that was loved the world over and adored by adults and children alike. It has a standing of its own and a huge fan base to cater to. And most of them had been waiting for this new Clifford movie for a long long time, and it just wasn’t happening because of the limitations that the technology posed for framing such a big and bizarrely colored dog in a movie.

But that has all been solved with the advent of technology, animation, and the widespread use of clever CGI and cosmetic computer techniques. We can finally create worlds and objects that transcend reality and display them on the screen. And that finally paved the way for the movie of the dog that was huge in size, and a popping red in color. The dream for the character and the author is finally coming true, and we are finally going to be able to see what they had kept in store for us for such a long time. I’m sure excited about this movie. I hope you are too! So without much further ado, let me tell you what the new Clifford movie is going to be all about, and when it is going to come out.

As a fan of old and nostalgic series, You might also be highly interested in finding out more about Texas Chainsaw Massacre: Reboot Release Date, Plot, Cast, And All You Need To Know. Texas Chainsaw Massacre is the reboot of the original 70s movie and is going to change the slasher genre yet again. So read all about it if you’re a fan of slashers.

What’s Up With The New Clifford Movie

Now, coming to the actual premise behind the movie, it is actually quite simple and interesting. And that is something that really pleases me about it. Its simplicity makes way for a lot of sophistication. In the way that we have always known Clifford, the simple storytelling makes for a really interesting experience. Children just love it, and it is really adorable. It doesn’t pretend to be anything more than a cute little adorable movie, and that is its biggest triumph. That level of authenticity is something that more movies need to strive for, rather than getting involved in the next big thing, and doing a lot at once.

There is a lot that might be going on in your mind right now. And that is quite natural. So I’ll explain. Simply put, Clifford The Big Red Dog is a story that revolves around the small girl Emily, who doesn’t fit in with her peers at school, and generally feels very ostracized from her acquaintances. It is not long before she gains possession of Clifford, a small red dog. Now, the catch is that this is not just any regular shop. The shop is sort of different than anything that she has ever seen before, and it’s like it is magical. And hence, the red color of the dog that is now in her custody. 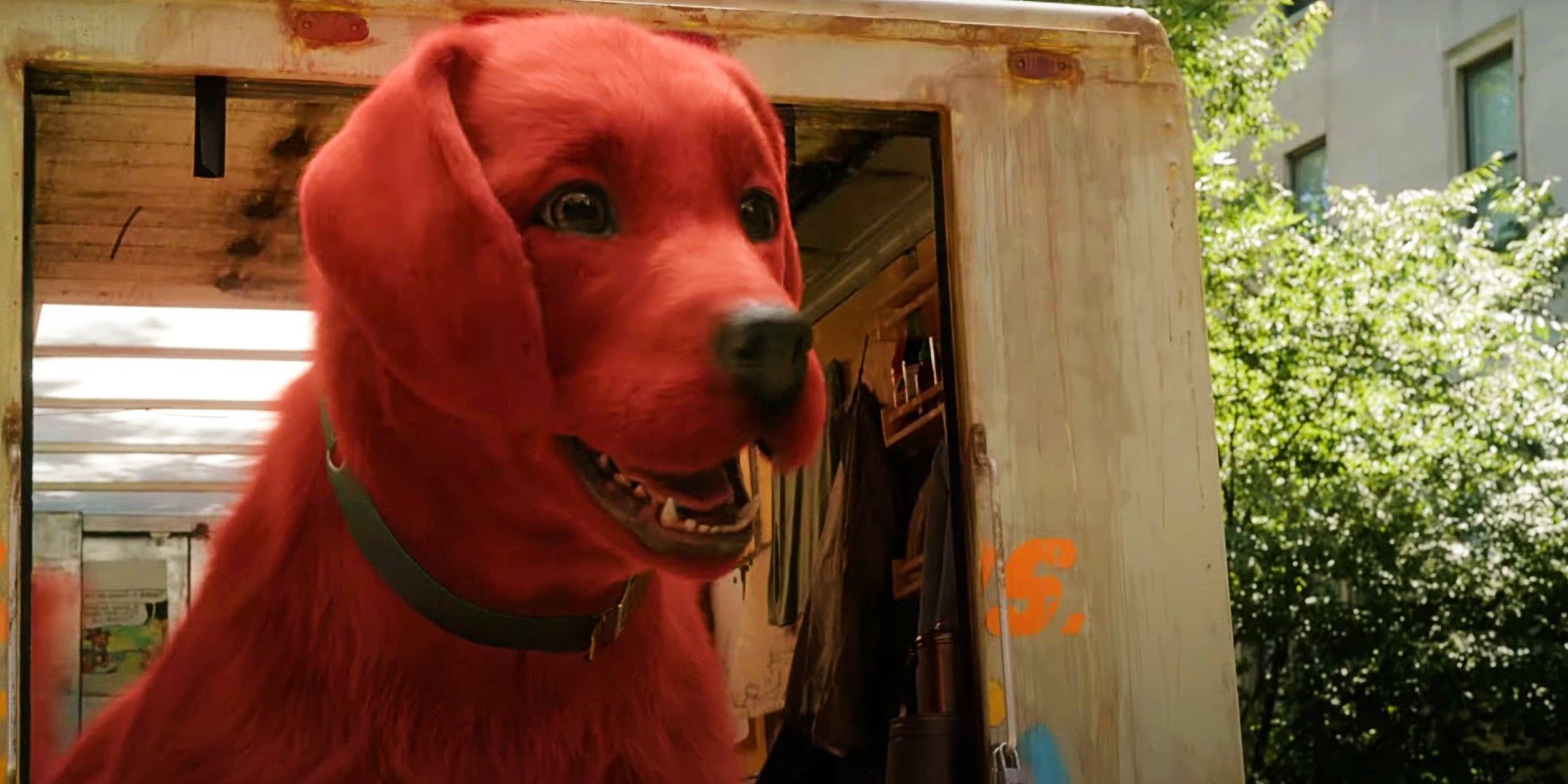 As she takes Clifford from his owner, she asks a very simple and innocent question of how big the dog is going to get. And the answer she receives is quite innocent at face value, but soon turns out to be much truer than she would expect. The owner tells her that the dog is going to grow as large as the love that she gives to him.

It isn’t very long before Emily smothers the dog with her love and care and he grows larger than any other dog. He grows into a giant dog double the size of a person, and just goes to show how much Emily loved him. This causes a lot of commotion due to its irregular and exceptional nature, and those around Emily are in complete and utter shock about it. A dog is a dog, and it is quite baffling for those around it to witness its humongous size. Things soon get interesting as a lot of trouble is caused, and it is now up to Emily and her uncle to save Clifford from the scientists that are after his DNA.

I feel that you might also find yourself intrigued by Y: The Last Man Is Nothing You Can Imagine.

When Does The New Clifford Movie Come Out? 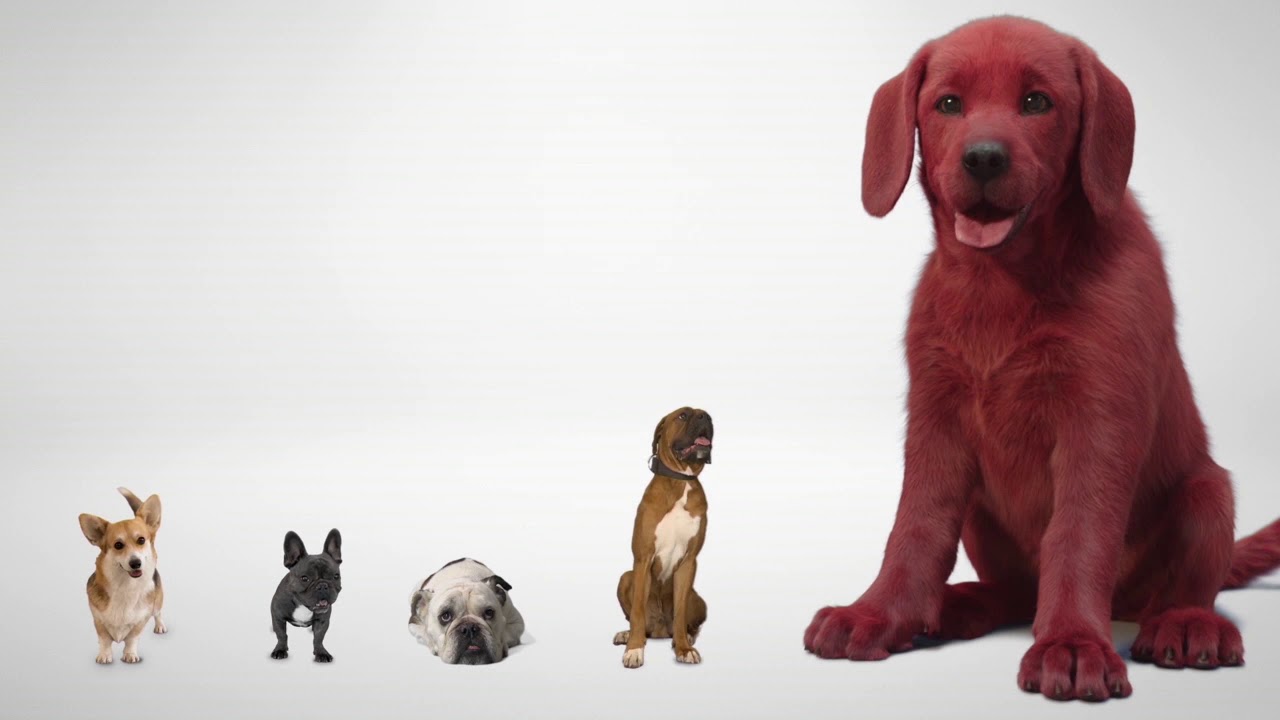 Now many of you must be wondering, “So when does this new Clifford Movie come out?” Well, we have quite an interesting answer for you. Because the movie was supposed to come out today! After such a long wait, the movie is still not here! As of the time this article was written, the movie was supposedly pushed back owing to the COVID pandemic, and because of the highly viral delta variant of the same. There were a lot of us who were looking forward to watching the movie today, but it is simply not going to happen. From what we know so far, the movie is going to be released on December 24, 2021. So there is a bit of time before we get to watch the movie. It’s going to be excruciating for sure.

I would also like to bring your attention to Popular Sports Movies That Are Based on Real Life. Sports are a huge part of our life, so why not brighten our day by watching something that’s related to them?

With that, I would just like to say that I’m really looking forward to watching the new Clifford movie on the big screen soon, and I highly recommend fans of the character to watch it on the big screen, as it is surely going to be a big experience for us to see a childhood character come to life.

Check out Clifford The Big Red Dog on IMDb

What do you think about the movie? Are you excited to see Clifford on the big screen? Let me know in the comments down below.

Willard Grosshttps://thefranchisehound.com
Willard Gross is a content writer with an eye for detail. He loves to write and create, but he also enjoys reading and analyzing the work of others in order to critique it. With every sentence he writes, Willard strives for perfection: each word should be just right.
Previous articleTexas Chainsaw Massacre: Reboot Release Date, Plot, Cast, And All You Need To Know
Next articleBaki Hanma: Coming To Netflix Soon

Billie Eilish is one of the successful and famous singers in the current scenario. Her albums greatly describe her love for her fans and...