The Other Two Season 2: Return To Glory?

HBO Max has undoubtedly been on a roll when it comes to reviving old shows and bringing new ones onto our screens. The network has built a reputation around bringing only good content to people’s screens and has inspired a lot of confidence in the audience when it comes to TV shows that have been endorsed by it. The Other Two is one of the newer shows that the network has taken on in an attempt to get its foot into all different genres and across all different demographics. So did HBO stumble onto a winner with The Other Two Season 2, or is it one of those wishful attempts at making it big out of something small?

The Other Two Season 2 arrived on HBO Max after a really long hiatus following its first season on Comedy Central. While the first season of the show was average in its entirety and didn’t really have the traction that is needed for a comedy show to succeed, it was still renewed by Comedy Central for a second season. However, things didn’t exactly go as some of us might have expected, with the world reeling under a pandemic that no one saw coming. Fortunately for the show, HBO picked it up and gave it another chance at proving itself. And that is why we are here with The Other Two Season 2 today.

Read more: Battlefield 2042 Review & Ratings: Is it Worth Buying?

The Other Two Season 2: So Far 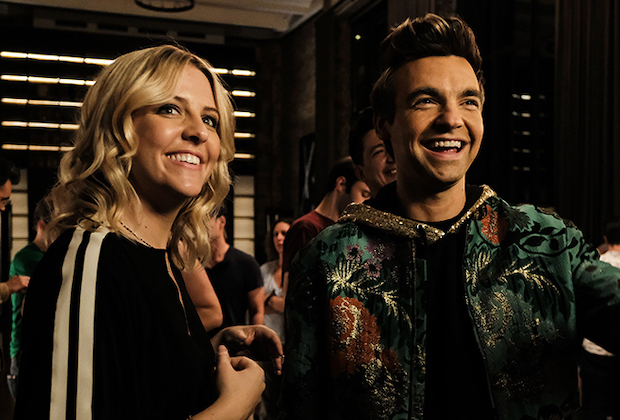 For those of you who don’t know what I am talking about, The Other Two is a comedy show that came out on Comedy Central back in 2019 that focused on the life of two siblings who have been struggling to make it big for themselves in the industry, while seemingly out of nowhere, their teenage brother Chase becomes an internet celebrity and changes the whole dynamics of the family. It is a show that is based on the clear differences between the siblings and their relationship with their mother, which makes for a relatively funny and sometimes sad premise. It doesn’t let down for the viewers to ever get top absorbed into the show and keeps things moving.

The first season of the show was met with a generally lukewarm response, not really wowing anyone out there or making any big leaps in terms of comedy or bringing any breakthrough innovation to the genre. The show could strictly be termed as the average comedy show with a knack for doing things unapologetically and differently. It did have a very loyal fan following, but you cannot call it a show with a huge fan following by any means. Words like iconic and famous should be used sparingly. That doesn’t mean the show was bad, but it just didn’t appeal to the larger audience.

HBO Max picked up The Other Two Season 2 and the show felt right at home at its new network. It still has the same old flow and the same old quips that the viewers have come to love from Chris Kelly and Sarah Schneider. Chase is now not the only sensation in the family, as Pat has started making a career of her own as she becomes a popular talk show host, albeit an annoying one. The other two are also doing quite well for themselves, but there is a clear comparison between them and Chase.

The Other Two Season 2 expands on the good things about the first season and does them well, while the move to HBO has ensured that there is a consistent rise of quality across the board for the second season, and makes me feel confident about the move to the new streaming service. The show is not much more consistent, the jokes just land better, and one can assume that the show will now be more palatable to a wider audience.

The Other Two has moved away from its narrow perspective for its return to the TV and the characters are now rather multidimensional rather than the way they were during the first season. This is a trend that we have seen with many sitcoms in the past, and it usually spells good news for the franchise as it means that the show is maturing into a more focused and entertaining drama.

There is a good trend towards character development here, and the show is making good on its characters by giving them personalities that are not funny just for the sake of it. Each character has their own quirks and personalities that seemingly don’t blend into each other anymore. It feels like a more lively show, even if that means sacrificing on some of the absurdity of the first season.

I feel that the move to HBO has been a good one for The Other Two Season 2 and that the show could be looking at a bright future from here on out. But it remains to be seen how the show really does. I do have a lot of hopes for it though.

Read more: What is Generation Hustle All About?

The Other Two Season 2: Final Words

The Other Two is currently streaming on HBO Max. You may check it out at the following link:

Watch The Other Two on HBO Max

The show currently holds a rating of 7.7 out of 10 on IMDb, based on user reviews. IMDb is our preferred platform for all movies and TV shows.

You may watch the trailer for The Other Two Season 2 here:

What did you think about the show? Did you enjoy it? Are you enjoying the new season? Let me know in the comments down below.

Willard Grosshttps://thefranchisehound.com
Willard Gross is a content writer with an eye for detail. He loves to write and create, but he also enjoys reading and analyzing the work of others in order to critique it. With every sentence he writes, Willard strives for perfection: each word should be just right.
Previous articleWhat is Generation Hustle All About?
Next articleVeneno Brings Back An Icon From The 90s