The Princess Switch 3: Release Date, Synopsis, All You Need To Know

The Princess Switch is quite a successful series with an amazing history behind it. The Netflix series has enjoyed quite a lot of success over the past 3 years, and has been quite an entertaining one too. The Princess Switch was a premier film on Netflix when it came out back in 2018. Then, in 2020, we were again surprised by the second movie in the franchise, Princess Switch: Switched Again, which was a movie that I personally loved. And now, Netflix is back with the third part in the trilogy, Princess Switch 3, which will again have Vanessa Hudgens reprising her role as the royalty that would switch places with a regular person just for the kick of it. So let us talk about Princess Switch 3 and all that it is going to bring along for us fans.

You might also be interested in reading more about The Power Of The Dog: Jane Campion’s New Undertaking. The Power of the Dog is the newest film starring Benedict Cumberbatch, who I am sure you all know as the Sherlock Holmes. It is quite an amazing one, so do check it out.

What About The Princess Switch 3?

In the latest addition to the franchise, Vanessa Hudgens is going to be playing three characters, which are Princess Stacy De Novo, Queen Margaret Delacourt, and cousin Fiona. Which is just iconic, to say the least. It’s not like we need one more of her. Still, she clarified, that three is the magic number here, and that is all that we are going to get.

Adding on to her statement, she said, “There will be still three of me, which is more than enough in my opinion. We’ve been working on the script, continuing to elevate the franchise because it’s always scary doing sequels. But it’s going to be fun. There’s going to be great ‘fits. I’m really excited.”

So given all this, it seems like Princess Switch 3 is going to be quite a royal fest. And one that I am ardently looking forward to. The fact that Vanessa Hudgens is going to be portraying her racy self once again, is more than enough incentive for me. The fans are surely going to agree with me on this one.

Talking about new films, you might also be interested in checking out Army Of Thieves: Release Date, Cast, All You Need To Know. It is the direct sequel to the film Army of the Dead, which made the headlines this year when it came out. You may read more about it at Army Of The Dead: Zeus Origin Story Leaked. It is quite an interesting read and you are absolutely going to drool over both the movies if you are a fan of Zack Snyder.

The Princess Switch 3: About the Movie 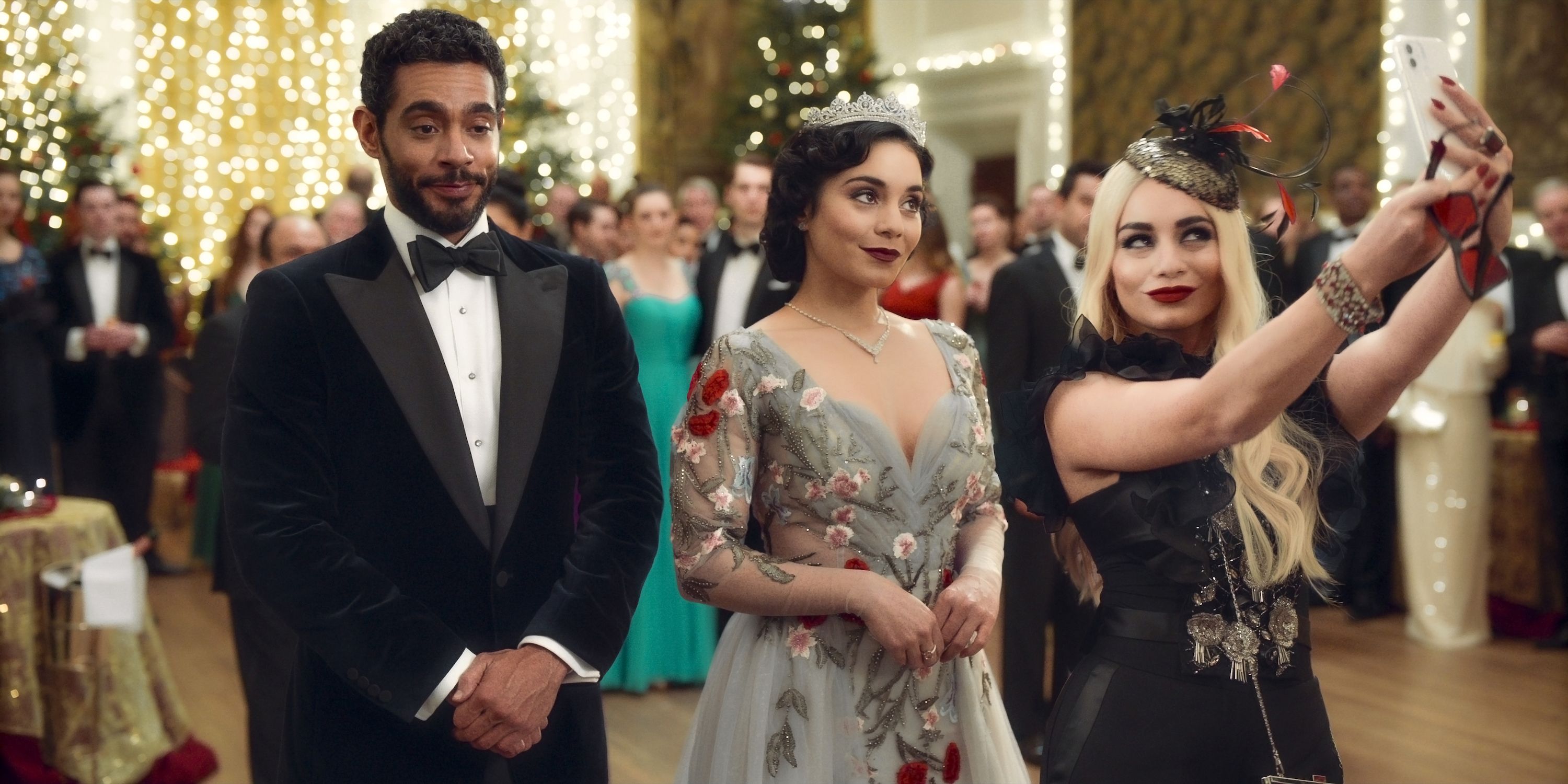 The Princess Switch 3 is a direct sequel in the trilogy of the Princess Switch films. It directly carries over from the events of Princess Switch: Switched Again and continues with the story of Margaret and Stacy. In the first film, the two women, played by Hudgens, meet up  and discover that they look alike.

Soon, it comes up upon them that they can switch places with each other and experience life through each other’s perspective. And hence, they both switch their places, resulting in the Princess Switch. The story follows as Stacy, who is just a common baker masquerading as Margaret, falls in love with Prince Edward. On the other hand, Margaret ends up falling in love with Stacy’s best friend, Kevin.

The second movie, The Princess Switch: Switched Again, picks up from the events of the first film as Margaret finds herself in a long distance split relationship with Kevin while Stacy and Edward lead a new happily married life. This is when Fiona, the evil cousin, again played by Hudgens, enters the scene, and tries to frame an act to take over the throne for herself. She fails in her venture, and is caught. By the end of the movie, Stacy is still happy with Edward, while Margaret fixes her problems with Kevin, and the fate of Fiona remains a mystery.

Also read more about How Lord Of The Rings Changed The Movie Industry Forever. Lord of the Rings is one of my favourite movies of all time and simply one of the best movie franchises of all time.

Where Does The Princess Switch 3 Start Off?

The Princess Switch 3 is going to pick up right where the second movie left off, and is going to give us a perspective on the aftermath of the entire drama that ensued in the second film following Fiona’s interference in matters. We might also get to know what finally happens to Fiona, and if there is going to be a replacement in any of the three characters played by Hudgens. Whatever the case might be, it is going to be quite an interesting watch for all of us.

The synopsis for the film states, “When a priceless relic is stolen, Queen Margaret and Princess Stacy enlist the help of Margaret’s cousin Fiona teams with a man from her past to retrieve it, with romance and resulting in a very unexpected switch.”

This sounds quite interesting to me, and I have a lot of expectations from the plot of the new film. What do you think about this? Does it make the gears in your head turn?

Also check out The Witcher: Nightmare Of The Wolf Review. If you’re a big fan of anime, then this one should be right up on your list. This is a pop culture phenomenon that is going to change everything. 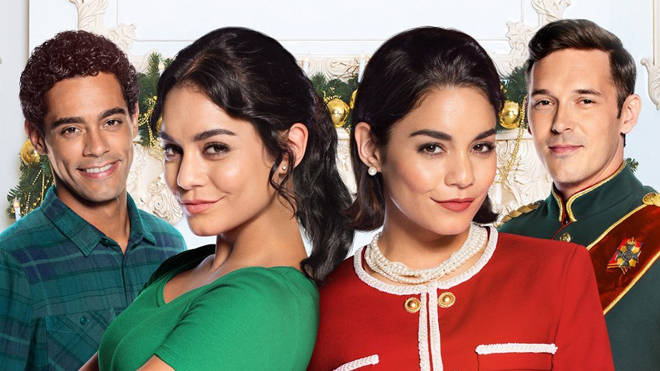 The Princess Switch 3 was announced in November of 2020, and caused quite a stir when it was announced. The release timeline for the film was then revealed to be around the end of 2020. And it seems there is no change in that. The shooting for the films has wrapped up and the same has been confirmed by cast member and lead actress Vanessa Hudgens in her Instagram post.

Vanessa said in her Instagram post, “And that’s a wrap on Princess Switch 3.What a whirlwind. Man everyone worked their asses off. AND stayed safe. BIG thanks to @netflix for taking the extra precautions to keep us on track and bring that new new to your screens. And now….I ZTFO ❤️🤙🏽🥂” along with a photo of herself at the final day of the shoot.

It is rumoured that Netflix is going to release the Princess Switch 3 in November of 2021, so we are holding on to that timeline for now. But the movie may come out earlier or later than expected, so keep an eye out for the latest updates.

Read More: Is The Many Saints of Newark Sequel Coming Back? Netflix hasn’t yet revealed a trailer for Princess Switch 3, so it is quite difficult to get a first look at the film. But we are waiting on the same, and slowly but surely, Netflix is going to make a move soon.

What do you think about the new movie? Are you excited for it? Have you watched the first two movies? Let me know in the comments down below.

Willard Grosshttps://thefranchisehound.com
Willard Gross is a content writer with an eye for detail. He loves to write and create, but he also enjoys reading and analyzing the work of others in order to critique it. With every sentence he writes, Willard strives for perfection: each word should be just right.
Previous articleArmy Of Thieves: Release Date, Cast, All You Need To Know
Next articleHow to Write a Literary Analysis Essay