In our popular culture, for some reason, there is a certain obsession with horror movies and games for no discernible reason. Some say that it gives them thrills that other content just doesn’t, while others proclaim that the paranormal or scary story content makes it all worth the way. Whatever the case might be, there is no doubt that the horror genre is here to stay for a long time. I’m sure that most of you would agree. And that is also the reason that popular game developer 2K games has come up with their newest game in the series, The Quarry. Now, I’m sure that listening to the name, you might already have a lot of images in your mind, and all of them as dark as an actual quarry. And that is really exciting.

No matter what, The Quarry is looking to be an amazing release that will simply revolutionize the series and be an amazing successor to the previous game in the franchise, Until Dawn. And although it is not a direct successor to the game, there is a lot here that needs to be talked about so that we can get into a little more detail about what it is that the game really does and how it can be one that almost every horror fan will love once it comes out. I personally have a lot of expectations from the game because of the confidence 2k Games has in it and because of the marketing content. But both of these have been known to be misleading in the past, so I’m not putting my money on it.

With all that said, let us talk in a little detail about what The Quarry is all about and what it it going to be like.

The Quarry: About The Game 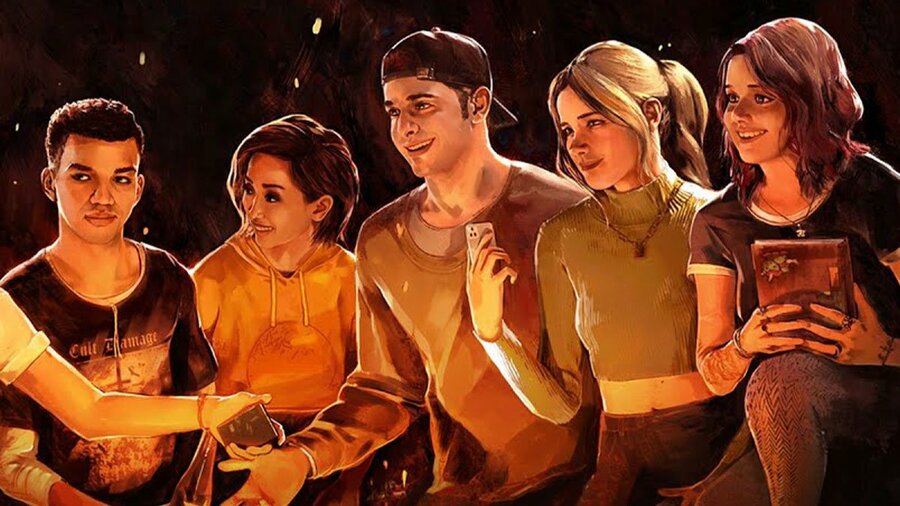 When it comes to the Quarry, it is more similar to movies than it is to traditional video games. However, that is not to say that the game lacks in gameplay. Not at all. Rather, it is the art style and the way in which the story flows that the game gives off vibes as if it were meant to be an interactive movie. However, with the studio claiming that the game has a whopping 186 different endings depending on the way that the players interact with the game, it is hardly a movie with a single ending and a linear story. If you’re someone who is into hardcore horror movies or horror games, then The Quarry is one that might be the best choice for you.

However, when it comes to the gameplay, while the Quarry certainly isn’t a movie, it feels something like Life is Strange, an episodic adventure that came out in 2015. The game is almost exclusively centered around the story with some sections that engage the players in combat and the rest of the game engaging them in different choices that they have to make towards the story. One might also be reminded of the games by Telltale games that work on a similar formula. While the games have always been lighter on the gameplay and action side, they have been much more heavier on the story and delivered amazing experiences.

In The Quarry, you will be taking control of a group of nine camp counselors who are supposed to survive a night at the Hackett’s Quarry. Things soon get interesting and it doesn’t seem as simple to survive as it did on the surface. However, our characters need to give their best no matter what, and with the player in control, they will have some really difficult choices to make. Each choice that the player makes will have an impact on the story, and will determine the fates of its characters. There will be choices that make significant impacts on the story, while there will be others that will not change the course of the game, but will still have an impact on the ending. This can be the difference between who walks away alive and who doesn’t. And if you ask me, that is one of the things that makes The Quarry really exciting.

This is the big news at the time. At this time, the developers of the game, 2K Games, have announced that the game has gone Gold on the Playstation platform. This means that the game has been submitted in its entirety and in its final form to Sony. Now, it is up to Sony to begin burning the game on to Blu-Ray and making sure that it reaches the masses in time. The game will also be uploaded to the PlayStation Store soon and will soon be available on every other platform as well. 2K Games has announced that The Quarry is going to be released on June 10, 2022. The game is going to be released on both the Microsoft Xbox as well as the Sony PlayStation platforms, in addition to the PC.

Personally, I’m really excited to see how the Quarry is going to turn out because I’m a huge fan of horror games. However, there is something that tells me that the game is going to take the series in a really different direction. We will witness the reception of the game after its release. But till then, it’s surely an exciting time.

Check out the Quarry on 2K Games

What do you think about the game? Are you excited for it? Let me know all about it in the comments down below.