How many of you are fans of biopics? Many, I bet. But what is it about biopics that draws you to them? It is surely the story right? It has to be. So if you had something that resembled a biopic, but really wasn’t, you’d still grow to love it. And that, we believe, is going to be the case with Toofaan. Starring Farhan Akhtar, Toofaan is a new movie revolving around the story of someone who made his career in boxing then lost it all. So it is one that is surely going to appeal to fans of biopics. The film resembles all the best things about biopics, and is surely going to be a blockbuster when it comes out. In latest news, Toofaan’s movie trailer has been released, and it has us wondering what the film has in store for us.

Toofaan Trailer: What’s It About 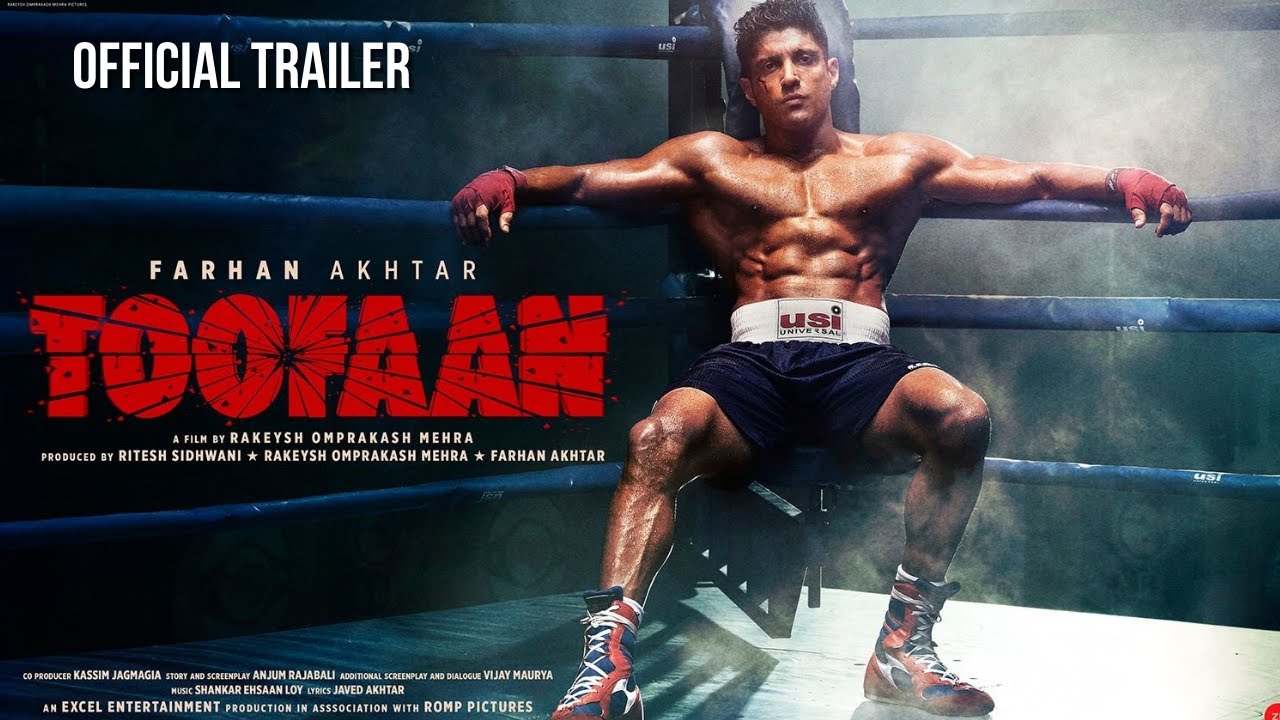 Toofan is the story of the fictional Aziz Ali, who is played by Farhan Akhtar. Aziz rises and makes history from nothing, and that too, more than once. Aziz is a local who has nothing to his name, but dreams of being the next Amitabh Bachchan in the world of boxing. His inspiration is the legendary Mohammed Ali, famouse boxer and philanthropist. He dreams big and makes his own name in the boxing world. He soon rises the ranks and becomes known as the one who made his name from nothing but dust. Coached by Paresh Rawal, Aziz manages to become one of the best to ever do it. His celebration does not last long though, as is the case with any film.

Soon, Aziz Ali is revealed to not be loyal to the sport that made him who he is. And he is banned from the sport itself. For five long years. But Aziz does not give up. He has to fight for his place. He has to fight to redeem himself. And he will. And that is what the story is all about. The creator of the movie is also really pleased with the way things have worked out. He stated,“It is a dream come true. I always wanted to work with him. I am very excited and so blessed.”

Read More: Star Wars Prequel Trilogy: All That Was Wrong About It

Toofaan Trailer: More About It

There’s a lot more to the movie. This movie does not mark the first time that we get to see this collaboration in play. The same collaboration was behind the scenes when it came to Bhaag Milkha Bhaag. And Farhan Akhtar seems really happy to work on this again. Bhaag Milkha Bhaag went down as one of the best biopics in the history of Indian cinema, all thanks to the work done by the team behind the scenes, and the phenomenal acting by Farhan Akhtar. And with Toofaan, we expect to see much more of the same.

The producer of the film stated, “With Toofaan, we are presenting an inspirational sports drama that presents the story of a goon from the streets of Dongri set against the backdrop of boxing, his fall and triumphant comeback against all odds in life.” That sounds like a recipe for success to us.

Toofan was initially slated for release back in 2020, but due to the COVID pandemic and the restrictions it brought, it wasn’t possible to bring it to the big screen. However, now, in 2021, we can finally expect the film to hit the screens and expect to watch it soon. The film is slated for release on July 16 right now. So if all goes well, that’s when the film is going to be here. So clear your schedule if this is one you’re going to be watching Toofaan. We are surely looking forward to it, and expect a lot from it.

What do you think about Toofaan? Are you looking forward to it? Let us know in the comments down below. Stay tuned in to the Franchise Hound for the latest entertainment updates.

Willard Grosshttps://thefranchisehound.com
Willard Gross is a content writer with an eye for detail. He loves to write and create, but he also enjoys reading and analyzing the work of others in order to critique it. With every sentence he writes, Willard strives for perfection: each word should be just right.
Previous articleJagame Thandhiram: Netflix Release Receives Lukewarm Response
Next articleThe Tomorrow War: The Full Review