Untold: Deal With The Devil: A Tale Of Rise To Fame

Recently on this blog, I talked all about another episode in the Untold series. Untold is an amazing series that has covered a lot of controversial stuff and I am really loving it so far. Rarely do you get to watch something so well researched and so good that provides such a nice perspective on every little thing. Untold: Deal With The Devil is another amazing episode in the series, and I’m quite sure that you are going to love it.

Untold is a series that talks about past happenings that underwent a lot of drama and public scrutiny and shows them for what really happened and documents everything and puts it in front of the viewers to judge for themselves. True to its name, it tells the untold story. And it is something I really appreciate.

In the age of fake news and controversies, it is quite easy to get swept away with what the media tells us and what we are led to believe. And it is equally as difficult to get to the actual truth and the facts and to make a judgement for ourselves.

It is where series like Untold come in. They take us away from what the media tells us and the stories that have already been painted in lieu of what really happened. They give us a nice perspective on the whole situation so that we can really determine for ourselves what really happened. A break from all the sensationalism that is much desired and needed in the current world.

I recently also covered another episode of the same series Untold: Malice at the Palace. It is the story of what happened with the Pacers at the Palace when beer bottles were hurled and people were hurt. It  was quite a huge deal and was a turning point in the Pacers history. Read all about it at Untold: Malice At The Palace Is The Documentary You Need To Watch. It is a must read if you’re a fan of such documentaries. And I highly recommend it.

Untold: Deal with the Devil: About The Show 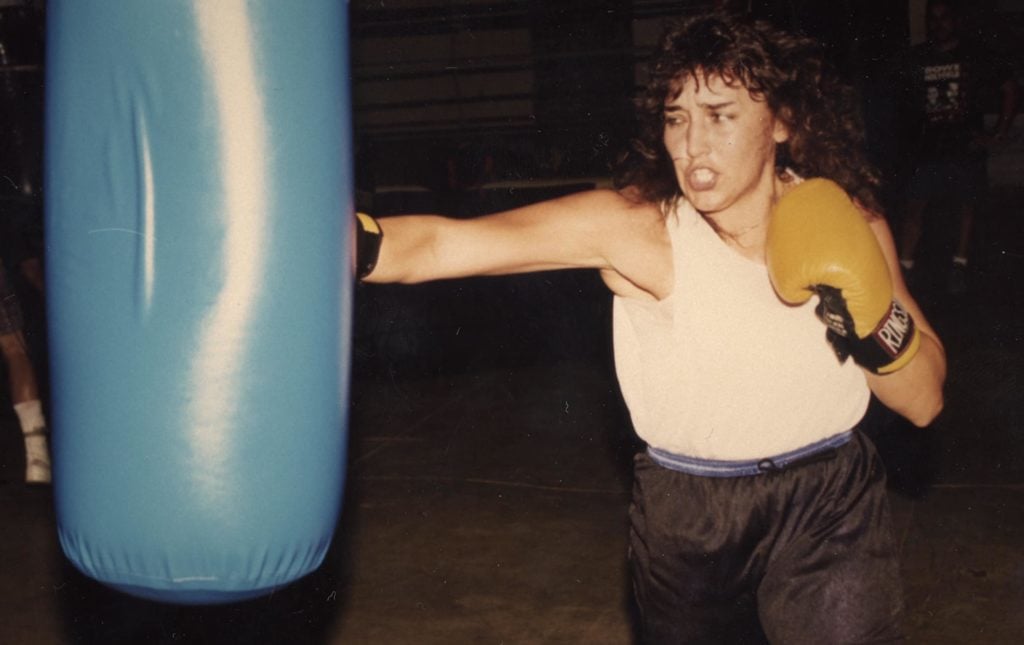 Untold: Deal with the Devil is the story of Christy Martin. While this isn’t a name many people will be aware of, even among the Americans, she is kind of a big deal. She is not the big name that Muhammad Ali was, but she is equally as important to the same sport, that is, boxing. She holds the same level of importance as all the other more famous legends of Boxing, and this is the story of Christy Martin for who she is.

Untold: Deal with the Devil is the story of Christy Martin’s climb to success and her eventual fall from it. It is an emotional story of the circumstances that eventually led to the fall of this legendary boxer. It is a story that is full of turns and twists that you would not expect from the life of an ordinary person, but it is all true.

It tells the story of her childhood, her high school, and how she grew up to be the biggest boxer in female boxing history. She was the one who really brought women’s boxing into the limelight. And is responsible for a lot of the credit that women’s boxing receives nowadays.

Growing up to be such a success, drama was sure to follow, and a murder was attempted on her with sheer violence and terror. She survived, and lived on to tell the story of what happened, and the criminal is now behind bars.

It is truly a story that will leave you in awe of what happened. And one you should really watch. You will really come to appreciate it and it is going to be really good. The showmakers have put such light on the situation that it is really hard not to be drawn into it.

All that being said, I would highly recommend you to watch this episode in the Untold series. It is really a good one and will be highly informative for many of you. Fans of boxing should especially watch this as it shows how women’s boxing became what it is today.

The show is currently streaming on Netflix. You may watch it at the following link:

Watch Untold: Deal with the Devil on Netflix

Watch the trailer for the show here:

What do you think about this episode in the Untold series? Did you like it? Are you a fan of boxing? Let me know in the comments down below.

Willard Grosshttps://thefranchisehound.com
Willard Gross is a content writer with an eye for detail. He loves to write and create, but he also enjoys reading and analyzing the work of others in order to critique it. With every sentence he writes, Willard strives for perfection: each word should be just right.
Previous articleFast & Furious Spy Racers Season 5: Shashi Returns
Next articleBest Gaming Chair for 2021