Veneno Brings Back An Icon From The 90s

Veneno is a show that that takes you back to an era that is treasured by adults and teenagers alike today. Bringing back an icon from the 90s to the TV screen, the show is an important representation of the LGBTQ community and all that it stands for. And that really cemented its place on HBO Max when it came out. It is a culturally and socially important show and has a lot going for it. This is why we are also going to talk so much about it today.

Veneno brings the story of Cristina Ortiz to the screen of us TV viewers so that we can truly witness the entire journey of one of the most important ambassadors of the transgender world and to see the effect that it had on the world and the way that people viewed the community. Based on the real accounts of the icon, the show tells the entire story of her transition and the challenges that she faced, socially and emotionally, and brings to us a true image of what it is really like to be a part of the community. That is what really drew me to the show when it first came out. The rawness of it is just commendable. And so, let us talk more in detail about it.

Read more: The Other Two Season 2: Return To Glory?

Veneno: About The Show 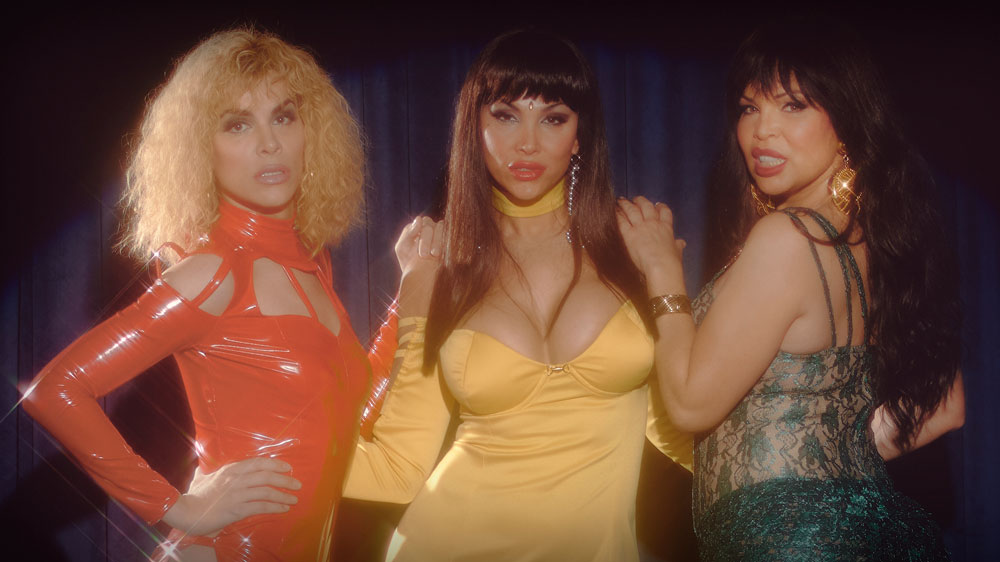 How many of you here are actively involved as an ally or are a part of the LGBTQ community? And how many of you are interested in knowing more about the community and expanding your knowledge and horizons along with it. Many of you, I hope. And Veneno is a show that offers you the opportunity to delve deeper into the lives of those who are labeled as deviants by society, and the challenges they face throughout their life.

Telling the story of the legendary actress and icon Cristina Ortiz, Veneno is a show that shows the emotional weight of things that changed the way Ortiz saw the world, and shows her life before, during, and after her transition. Javier Ambrossi and Javier Calvo are behind the director’s seat here, and they have done their research before delving into everything. When the directors went to Spain in search of their next TV show, they were asked who they wanted to make a show about, and it was one of them who decided that they wanted to go ahead with Cristina Ortiz. This shows the amount of love and attention that has been poured into the show, and that it is a product of authenticity.

Cristina “La Veneno” Ortiz was a transgender representative and a vocal part of the community, in addition to being a superstar, who got famous after her appearance on the late-night show Esta Noche Cruzamos el Mississippi. The show chronicles her growth from a child in a small village in Spain and her running away from her home and her mother, to her transition into a full blown television star in Spain, all accounted for in detail by writer Valeria Vegas.

Read more: Battlefield 2042 Review & Ratings: Is it Worth Buying?

The Team’s Opinion On Veneno

Talking about the show, the director said, “As gay men, we grew up without stories, without mirrors to look at or to guide our lives. We thought La Veneno was the perfect way to talk about how important it is to be visible and how it is not important to be perfect. It’s important to show yourself and that’s a political statement to be yourself that is undeniable.”

Another thing of note is the stars that the show employs. The show employs a lot of people from the community to act in the film and remains true to the transgender experience as it casts Jedet in the role of the transition period for Ortiz. It is a true reflection as Jedet was going through her own transition during the time when the role was cast and portrays the actual reality of transition.

Jedet talked about her role in the show too. She said,“La Veneno’s reality wasn’t seen before. We weren’t used to having a woman like her on the TV but the country fell in love with her. But it was for a short period of time because when the show ended, she had nothing. She was kind of a lost woman. She didn’t know what to do and she was surrounded with the wrong people. I think she made a lot of bad decisions. I think that maybe if she had good friends and someone that loved her, maybe she would be alive.”

The show explores a lot of the themes and problems that are faced by the LGBT community and explores them in a very empathetic way. Ortiz’s want of love and acceptance from her mother is one of the central elements of the show and shows how difficult things can really be for someone who is transgender. Acceptance and love are things that cannot be taken for granted, and the show makes a pretty solid point of that, telling a story of someone who just wanted to be loved.

That should give you a pretty good idea of the authenticity and quality that this show brings to the table. Veneno tells the story of Ortiz in great detail, but more importantly, it tells so authentically. You would never feel an ounce of inauthenticity in the show, and that is perhaps one of its greatest victories.

Read more: What is Generation Hustle All About?

Veneno is perhaps one of the best shows that you can watch right now if you’re trying to gain more insight into the LGBT community. It is authentic, true to its roots, and paints a realistic story of a woman’s rise to superstardom. A truly amazing show, in my opinion, and one that needs to be watched by more people.

Veneno is currently available to stream on HBO Max. You may check it out at the following link:

The show currently holds a rating of 8.7 out of 10 on IMDb, based on multiple user reviews. This is a pretty solid rating for any show and IMDb is our preferred platform for all movies and TV shows.

You may watch the trailer for Veneno here:

Have you watched the show? If so, what are your thoughts about it? Let me know all about it in the comments down below.

Willard Grosshttps://thefranchisehound.com
Willard Gross is a content writer with an eye for detail. He loves to write and create, but he also enjoys reading and analyzing the work of others in order to critique it. With every sentence he writes, Willard strives for perfection: each word should be just right.
Previous articleThe Other Two Season 2: Return To Glory?
Next articleStarstruck: New Drama Makes It Big