If you’re anything like me, then you simply love football and everything that surrounds it. This includes video games, merchandise, football mementos, and whatnot. Football is more than a game. It is something of a lifeline for some people. In fact, they say that football is life. But how do so many people get so invested in the game that they forget everything else besides it? Maybe it is just the spirit of the game. Or maybe it is the way that we have grown up. Whatever it is, Vive le Football is here to tug at our heartstrings by making another football game, this time exclusively for mobile.

Vive le Football is mobile developer NetEase’s attempt at developing a football game that is unlike any other on the platform. It has long been the demand of fans to bring a full football experience to mobile and EA and PES have been very lax about it. They have had mobile games out for quite a long time now, but they haven’t really been putting any effort where it is required the most. Even when they did make the games, they were reskinned of the older ones at most. This is quite shameful on the part of EA and hence it is time for other competitors to take over. Vive le Football seems to be it for now.

Now that we have discussed the premise behind the football gaming scene on mobile, we know what exactly we might be dealing with here. So with that said, let us get into a little more detail about Vive le Football. 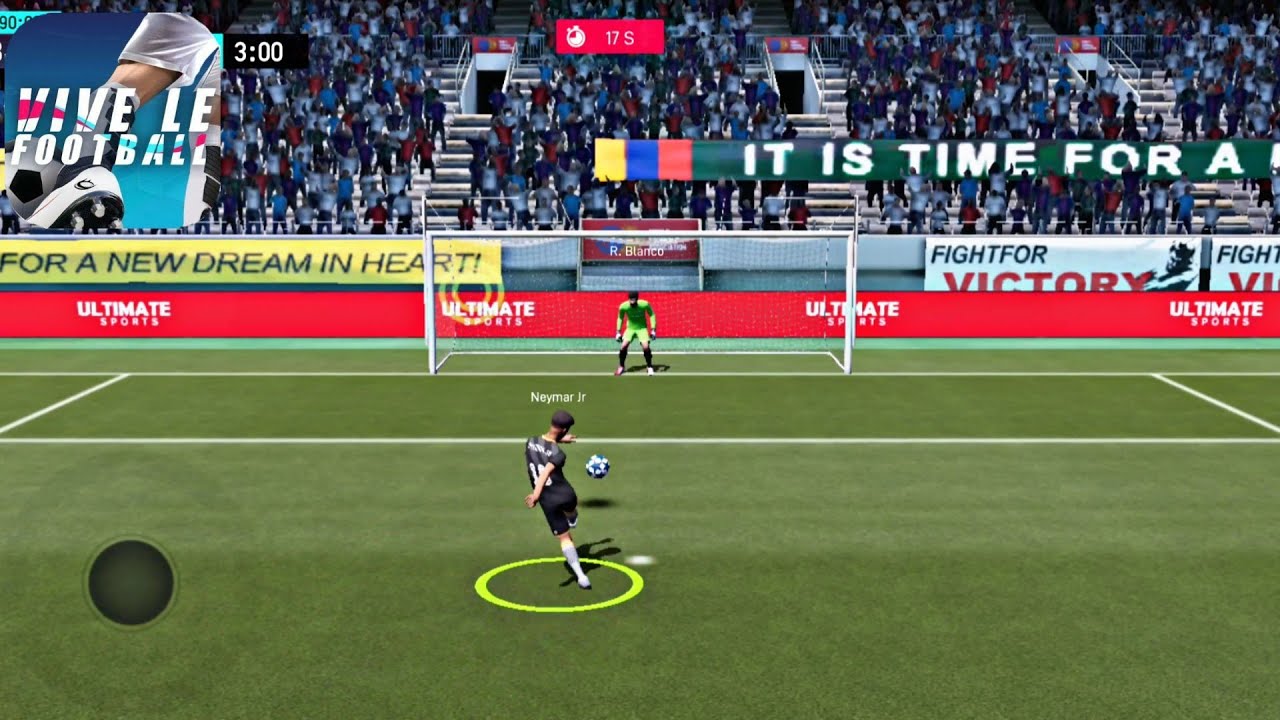 Now, when it comes to football simulators on mobile, it has always been really hard to simulate the console experience. The small screen of mobile simply does not do justice to a game. Even in the case of FIFA and PES, they have not been able to produce the same quality games as they do on PC or Console. However, not all is lost here. Despite not being the same game, these simulators can be pretty fun and have been the benchmark for mobile football simulators for a long time now. Fortunately, it seems that Vive le Football does live up to the standards set by these giants in the industry.

The game has a number of different modes ranging from single-player matches and a calendar mode to full-fledged multiplayer and even street football. This variety of modes makes for a really fun experience in the game, especially the street football mode, which has been coveted in games ever since FIFA Street debuted a decade ago. I’m really happy with the selection of modes offered here and feel that they bring the mobile experience much closer to the console experience.

However, when it comes to actual gameplay simulation, Vive le Football runs into the same pitfalls as other football simulators in the market. While the passing and tactical play in the game is really good, the movement, dribbling, and shooting in the game are not up to the standard. There is a lot left to be desired from the game in terms of the movement and the shooting. And this is one place where the established PES title does a better job than Vive le Football.

However, one place where Vive le Football wins again is the actual graphical fidelity. While the game offers you a choice between low, medium, and high at its best, which is quite a basic selection, it does offer some pretty great graphics compared to its counterparts. The player models, as well as the faces, are well done in the game and so are the stadiums. The game feels really good to the eyes when playing and that is somewhat of an expectation from every game in 2022.

Read more: Auto Chess MOBA: Going Back To The Roots

Now, many of you might be wondering if this one you should even consider playing. And there are a lot of factors that we need to think about before declaring the verdict on this game. The first thing to consider is that this is a free-to-play game and so you’re not really paying anything to get the simulation experience. However, the game is clearly still in development and there are a lot of improvements to be made, and that will happen with time. So it is tough to say what the game will be like when it is actually stable. Right now, though, the game makes for an acceptable experience, which I hope to see improved in the future. I would recommend you give this one a shot.

Check out the game here:

You may check out the gameplay for Vive le Football here:

What are your thoughts on this game? Do you think it stands up to the other simulators? Let me know in the comments down below.

Stay tuned in to the Franchise Hound for the latest in the world of entertainment and gaming.