As a long-time player of PC games, there is one thing that is for sure, and that is that you have either played games on Steam or have heard about its big titles before. And if that is indeed the case, then I’m sure that you must be aware of Warframe, the PC game that has been loved by the players for years now, offering gameplay that is unlike any other game in the genre. In fact, PC is now not the only genre to have the game. Warframe is also available on the Xbox as well as the Playstation, and even the Nintendo Switch. That is some serious audience for a game that has been in active development for such a long time. And now, things are finally coming full circle with the release of the Warframe Mobile Version.

It is exactly what it sounds like. For those of you who are fans of the game and have been willing to get it on the handheld for a long time now, the game developers have done you one better. The Warframe Mobile Version game is going to feature the same universe and gameplay that we have come to love and adore Warframe for. This is following in the footsteps of the many games and titles that we have seen ported to mobile before, and this is a change that I am so happy to see here. It was long overdue, especially considering the age of the game, and the fact that it still holds up in 2022, almost ten years later. Yes, it has been that long. Doesn’t seem like it, does it?

Talking about the game, I’m sure there are some of you who are lacking the appropriate context to what we are talking about, so let us talk a little bit about the franchise. 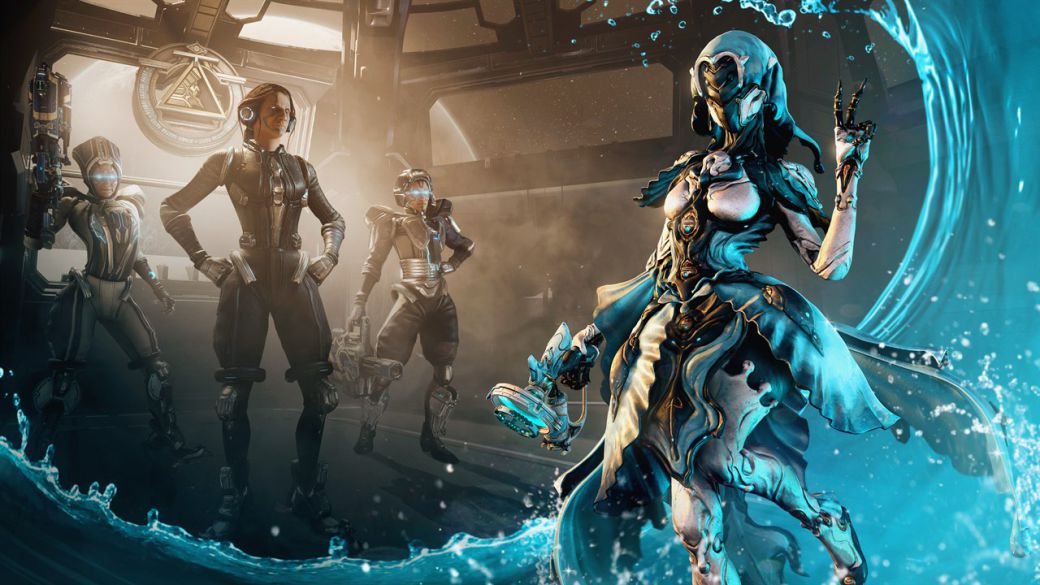 When it comes to Warframe, the history is quite important to know. Warframe is a third person role playing shooter that was originally released as a multiplayer title on the PC to bring some new action into the mix and to create something that no one had created before. The game had a lot of elements to it and put players in a position where they controlled members of the Tenno in their interspace war. To give some context, Tenno are ancient beings and warriors that have risen on the surface of the earth after a long time, all ready to engage in war against other planets and to save their own.

Blending shooter action with slick movement, stealth, role-playing, parkour, and a massively multiplayer online community, Warframe had all the elements that one could imagine for success. Yet, the sales figures were highly disappointing, to say the least. At the time of its launch, Warframe was a title that received mixed reviews and wasn’t generally loved by the audience. The lower player counts were definitely not helping. So, the developers, instead of sitting around, actually got to work and started working on the flaws that the game had and listened to their audience.

Since then, there has been no looking back and Warframe itself has changed dramatically from what it first was and the game has seen immense growth in player counts and popularity. The game has generally favorable reviews from the audience and is one of the most successful PC titles, has seen almost 50 million players in 2019 itself.

Read more: Yu-Gi-Oh! Master Duel: All About It

This is something that a lot of players will be impatient for, given the popularity of the title. However, we still do not have an official confirmation on the release date for Warframe Mobile Version. While the title is expected to release reasonably soon, there is nothing that can be said for sure for the time being. And while that is the case, it is better to err on the side of caution and not expect too much. By my estimate, we would be getting the game sometime in early 2023. Take this estimate with a pinch of salt, though. It is not an official declaration and things might turn out very differently.

With all that said, I’m sure that you are as excited about Warframe Mobile Version as much as I am. After all, the immensely beautiful and slick Warframe action is finally coming to a device that fits in the hand. Things really do not get much better. Let us hope that the developers stick to a certain timeline and deliver the game at an appropriate time.

In the meanwhile, you may check out the game at the following link:

You may check out the gameplay reveal here:

What are your thoughts on the new development? Are you excited about it? Let me know in the comments down below.

As usual, stay tuned in to the Franchise Hound for the latest in entertainment and gaming.