If you’re someone who has been in the gaming world for a long time, then I have no doubt that you have been introduced to the concept of futuristic first person shooters or games that revolve around the idea of an apocalyptic world. In fact, it has become the norm rather than the exception. So where there is talk of a first person shooter, there is always the possibility of it being something futuristic. And honestly, that is something that is amazing for a game. Another game in the genre that we are going to talk about today is Warhammer 40,000: Darktide. For those of you who aren’t familiar with the franchise, there is no need to worry, and we’ll tell you why in a while.

As I’m sure that you have understood by now, Warhammer 40,000: Darktide is a game that is set in the far future and tells the tale of a group of 4 people set in the year 40000. In fact, the game itself is set in a universe that is known as the 40K universe in popular culture. That alone should give you an idea of the lore for the game. It is rather deep and the way that the game ties in with other games in the franchise is simply so neat that it pleases the senses. That is not to mention the interesting and fun gameplay that we have witnessed from the franchise so far. All of it is simply fascination and a treat to enjoy. So without much further ado, let us get right into the discussion of the game and talk about what it is that makes it so special. If you are a fan of shooter games, then there is a good chance that you must have heard about the development studio Fatshark. Known for their Warhammer: Vermintide games, Fatshark have developed quite a reputation in the shooter community for their games and the way that they develop the gameplay mechanics that make it palatable to hardcore gamers as well as those who are new to the world of gaming and are simply looking to have some fun. That is the sort of sophisticated simplicity that they go for and that is also the reason that we have so many expectations from Warhammer 40,000: Darktide.

From what we know so far, the game revolves around a concept that is quite similar to Left 4 Dead. If you have ever played the game before, you play in a team of 4 where each person selects a character from the team and mows down the undead as they come at you. The end goal of the game is to survive the apocalypse and shoot down every zombie that comes your way. The game by itself isn’t much of a complex story, but the gameplay is what makes it what it is. Simply logging on with your friends to shoot down hordes of zombies is a fun guilty activity that there is simply no substitute for. 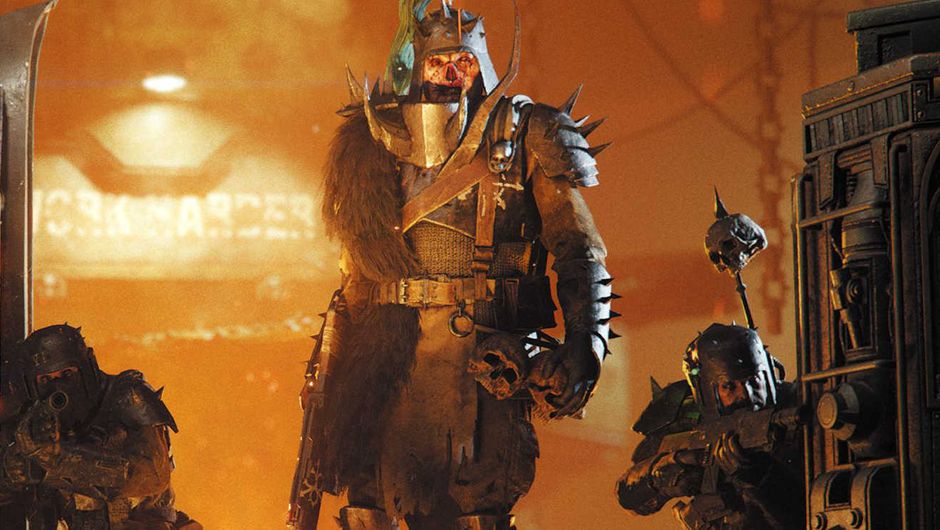 When we talk about the latest release from Fatshark, there is a lot there to appreciate about it. When we are introduced to the game, it is clear that the story here is rather set in the lore of the game, as there is a clear indication that we are going to be playing as one of the Inquisition class in the game and there is no telling what our characters might turn out to be like. Playing as a team of Guardsmen who are as different as they can be, Warhammer 40,000: Darktide creates a strong creative contrast that is simply unmatched. After the Guardsmen get down to a game of cards, that is when the real fun begins.

Warhammer 40,000: Darktide is a game that was announced back in 2020 at a time when the coronavirus pandemic had taken the world over. The game was subsequently delayed due to the restrictions that were put in place because of the pandemic and went on to be delayed till late 2022. However, it is still not much of a delay compared to many other games that we have witnessed in this pandemic, not excluding Cyberpunk 2077.

Now, the release date for Warhammer 40,000: Darktide has finally been announced and it seems that the game is going to make it to our homes at the date. The developer has announced that Warhammer 40,000: Darktide will be released on PC and Xbox Series X on September 13, 2022. Although the game is coming to the Microsoft platforms, there is no mention of it being released on Sony platforms. However, given the way that things are right now, it could make its way there in the future.

With that, we come to the end of our discussion about Warhammer 40,000: Darktide. The game by itself seems to be coming together rather nicely, and we expect that it will repeat the success of the Vermintide series for the developer. However, it remains to be seen the sort of impact the game makes. So I’m holding my breath for it.

If you’re looking to get your hands on the game before everyone else, check out the link below:

What do you think about the game? Are you excited for it? Do you think it is going to be as good as the Vermintide Series? Let me know all about it in the comments down below.

As usual, stay tuned in to the Franchise Hound for the latest in gaming and entertainment.

Courtney Taylor Clenney Net Worth: Why Did She Stab her Boyfriend?