I’m sure that most of you must be aware of the WWE franchise. In fact, it is one of the most popular franchises worldwide, and not just when it comes to video games. It is beyond any doubt that the people who are involved in WWE have all gone on to become celebrities, no matter what the scale might be. And with such a high status in society, there comes a lot of stuff that complements the sport. And today we are going to talk about the WWE game that we have all known and loved for so many years. More specifically, we are here to talk about the new WWE 2K22 DLC here today.

I’m personally a huge fan of WWE, and I think that it dates back to my childhood years. I used to watch the show on the television everyday and watched all these stars grow up from what they were to what they are now. It has just been a phenomenal journey of wrestling and the politics that come along with participating in the WWE and fighting for the championship. And it has been made even more fun because of the plethora of WWE games that I have got to play over the years. I still remember the first time that I picked the PlayStation 2 and played my first WWE game which was Smackdown vs Raw. The charm of the game still hasn’t gone away over the years and it still feels fresh as ever. And that first game of WWE has brought me to try out the new WWE 2K22 DLC today.

I’m sure that most of you must know what I’m talking about by now, because the DLC has been in the news for quite some time now and the community has been talking about it quite extensively. So without much further ado, let us get right into it. 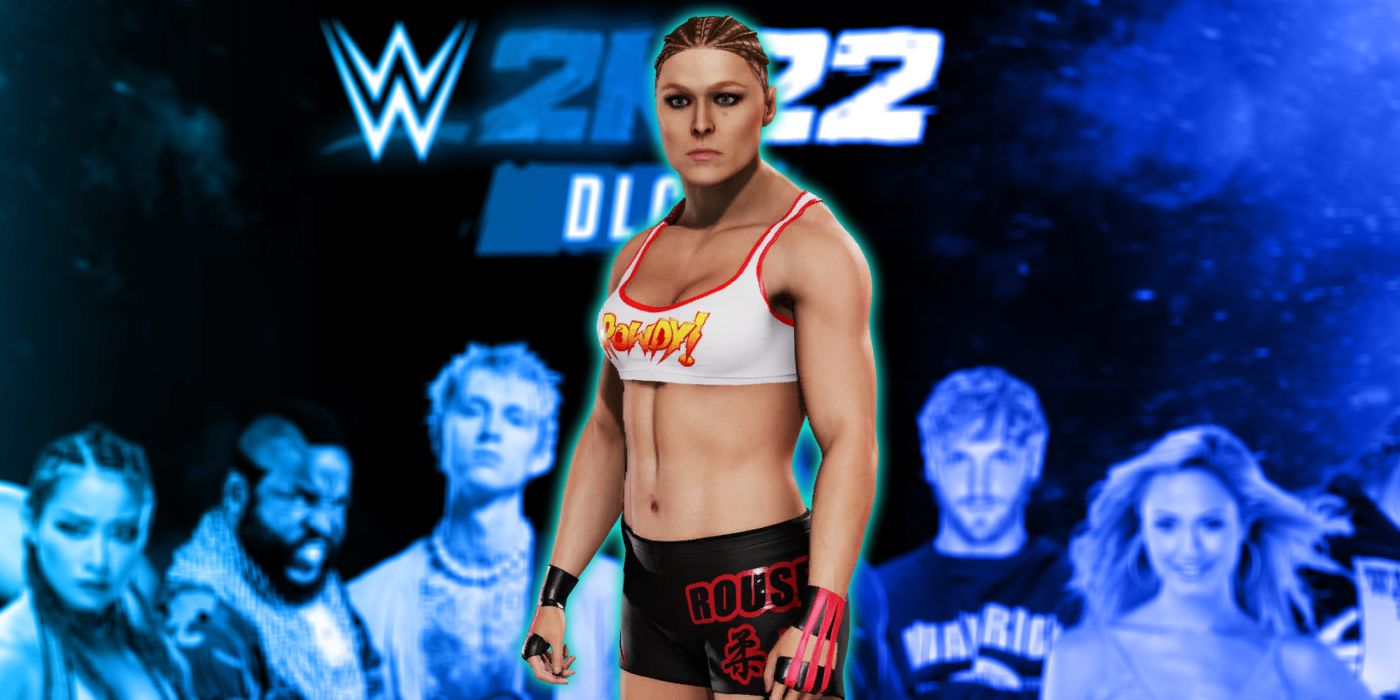 Now, I’m quite sure that if you are here then you have already played either the latest WWE game or are looking to get your hands on it. Whatever the case might be, the DLC is quite vital to the game and raises a lot of questions for it. Everyone wants to get their hand on the DLCs and everyone wants to play it as soon as they can. However, you also need to know whether it is a worthwhile investment to get the newest WWE 2K22 game on the market or whether it is more advisable to wait for the prices to go down or just wait it out till the next year in wrestling games.

This is especially more important in the light of the recent reviews that the newer WWE games have been receiving. It is without a doubt a fact that the popularity of WWE games has fallen drastically with the release of the PS4 and the Xbox One. This is because the games were radically different in technical quality but didn’t quite make up for everything in their gameplay and the way that they played.

ComicBook, a big authority on the same, said that “WWE 2K22 has a lot riding on it, and it shows. 2K22 has made video game wrestling fun again while retaining the wealth of creative options to make your experience more unique and personalized. My GM is pure gold, even with its unfortunate limits in place, and it should only get better from here. Meanwhile, 2K Showcase and My Rise offer their own distinctive ways to immerse yourself in the world of wrestling, and coupled with the impressive graphics, give you more than enough reason to keep jumping back in. Online play did have its issues early on and My Rise isn’t as refined as I’d hoped, but despite those flaws, 2K22 will continue to be in my console’s heavy rotation because of everything else it brings to the party, and I would definitely call that a success.”

But WWE 2K22 changed it all as it brought WWE back to the front page. After a long time, fans of the game are genuinely excited about the new stuff that was going to be released after the game and just loved the game in general. The gameplay and the atmosphere is simply on point and it deserves a much better treatment.

And that is made even more real as the Banzai Pack or the first DLC for the new WWE 2K22 has finally been released for the platforms on this last Tuesday. The new DLC introduces a bunch of new characters and wrestlers to choose from. Former Intercontinental Champion Umaga, Omos and NXT’s Kacy Catanzaro, who is now known as Katana Chance, are now featured in the game in the form of the hall of fame. This is a big inclusion into the franchise as now the players will finally get to experience their champions on the screen. 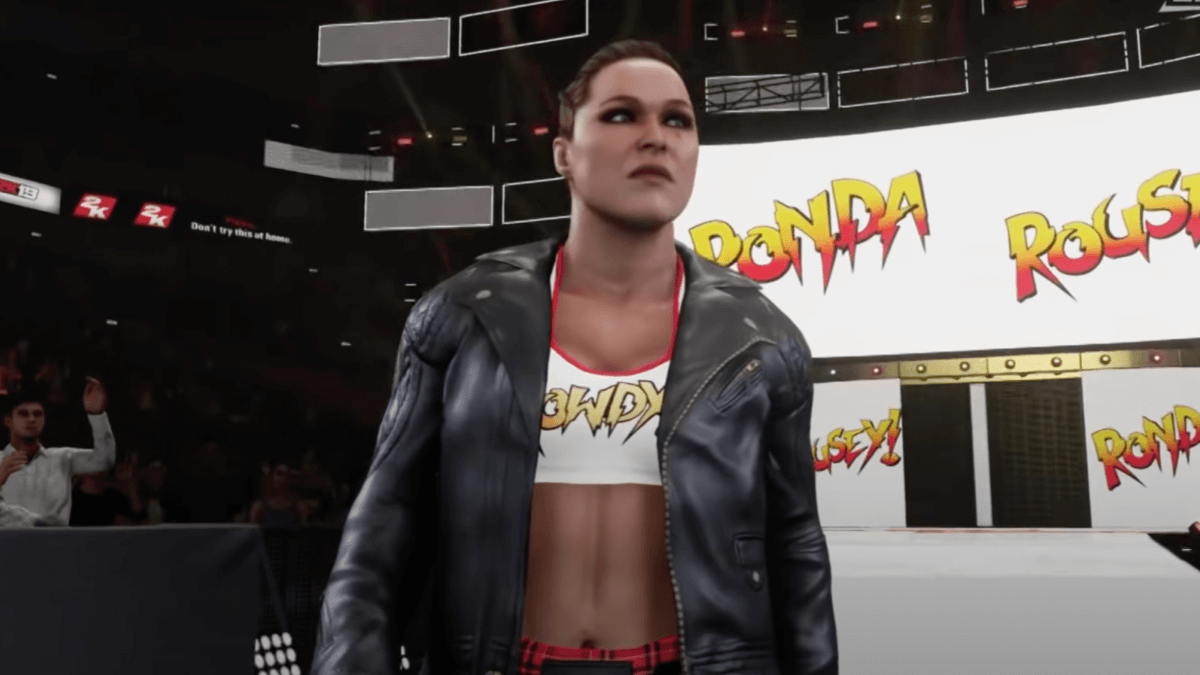 Now, you know that the first WWE 2K22 DLC has finally been released. But that is really not all that the studio has to offer to you in terms of the benefits that it has to offer. In fact, 2k games has a lot of DLCs lined up for year 2022. In fact, there is one for almost every month. The first release has been the Banzai Pack and the rest of the expansions are going to be released within the same year, with different months.

The Most Wanted Pack for the WWE 2K22 DLC will be dropping here soon, so you can play that too. After that, there is a queue for the other pack releases. After the Most Wanted Pack, you can experience the Stand Pack pack, after which there is the clowning around the Pack. By July 19, you will have the whole Dam pack which will renew the gamer’s interest in the game for a long time.

With all that said, things are looking really bright for the WWE 2K22 DLC. So if everything works out fine, we might be looking at a bigger entry for the game franchise from the next year.

With that being said, there is no doubt that the 2022 edition of WWE is turning out to be pretty great and amazing about the way that it is introducing all the new content to the game and making it available for everyone to play.

How do you feel about this new WWE 2K22 DLC? I’m personally really flattered by it. Let me know all your thoughts in the comments down below.

Nisekoi Season 3 Release Date: Where Can We Watch Season 3?