Dashing In December: It’s Just That Time Of The Year

We all like romantic movies. And as the Christmas season comes into play, the demand for romantic comedies and classics shoots up like crazy. This is the case every year, and directors try to put out new films that they think would top the current status quo in the vast world of movies and the classics that came before them. Paramount, not too long ago, released Dashing in December, its own contribution to the genre of holiday movies that centers around the romance between two gay men, and how those around them get involved in it. Bringing together two people from two vastly different worlds and two vastly different statures, Dashing in December is a proper romantic comedy, directed by Jake Helgren, who is sort of a veteran in the field of Holiday movies. So what’s the movie like? Keep reading to find out what I thought about it.

Read more: Do We Really Need Another Batman Movie?

Dashing In December: What’s It About 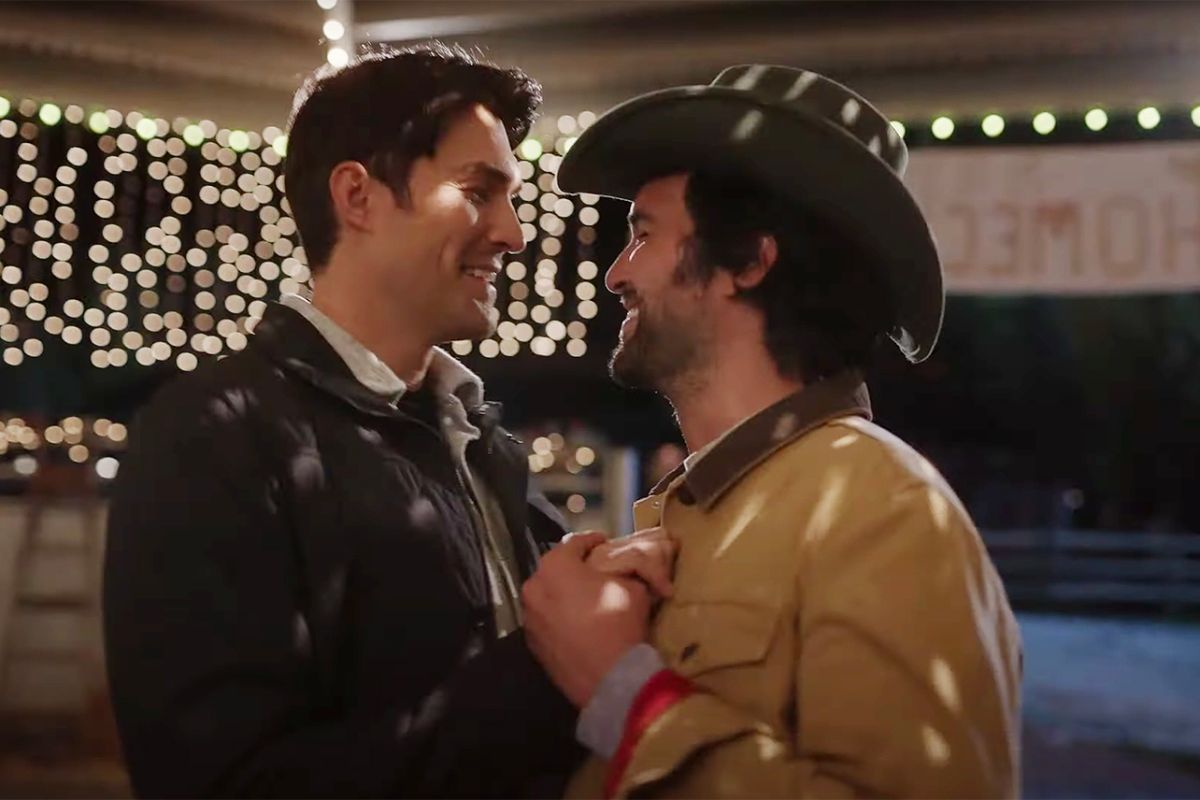 Reviewing Dashing In December, it is important to keep in mind that it is a movie that follows traditionalism in holiday movies, but in a very progressive style. The story revolves around the love interest of two men who couldn’t be further apart from each other, but are brought together by fortunate circumstances. Peter Porte plays the role of Wyatt, who is a successful business professional in New York, and left his mom’s ranch 5 years ago, after the death of his father, and went on to have a stellar career in the Big Apple. He breaks up with his boyfriend and plans to visit his mom at the family ranch in Colorado for Christmas.

Back at the ranch, his mom Deb is waiting for him intently to return, and to introduce him to the ranch hand Heath, who is played by Juan Pablo Di Pace here. Heath is nothing like Wyatt, and is more of a level headed person who loves his place at the ranch, and is almost like a part of the family. Also, he’s gay, just like Wyatt. And that is why Deb is waiting so eagerly for her son to return. She sees them as becoming a great couple, and ships them without and uncertainty. However, when Wyatt returns, the first conflict comes in the form of his talk with his mom about the ranch. Wyatt strongly coaxes his mom to sell the ranch and to move with him.

Needless to say, drama ensues and Heath and Wyatt, standing on two sides of the same fence, engage in a battle of wits and sexuality. Things eventually do get steamed up between the two characters, and make Dashing in December truly a romantic comedy.

Dashing in December: The Review 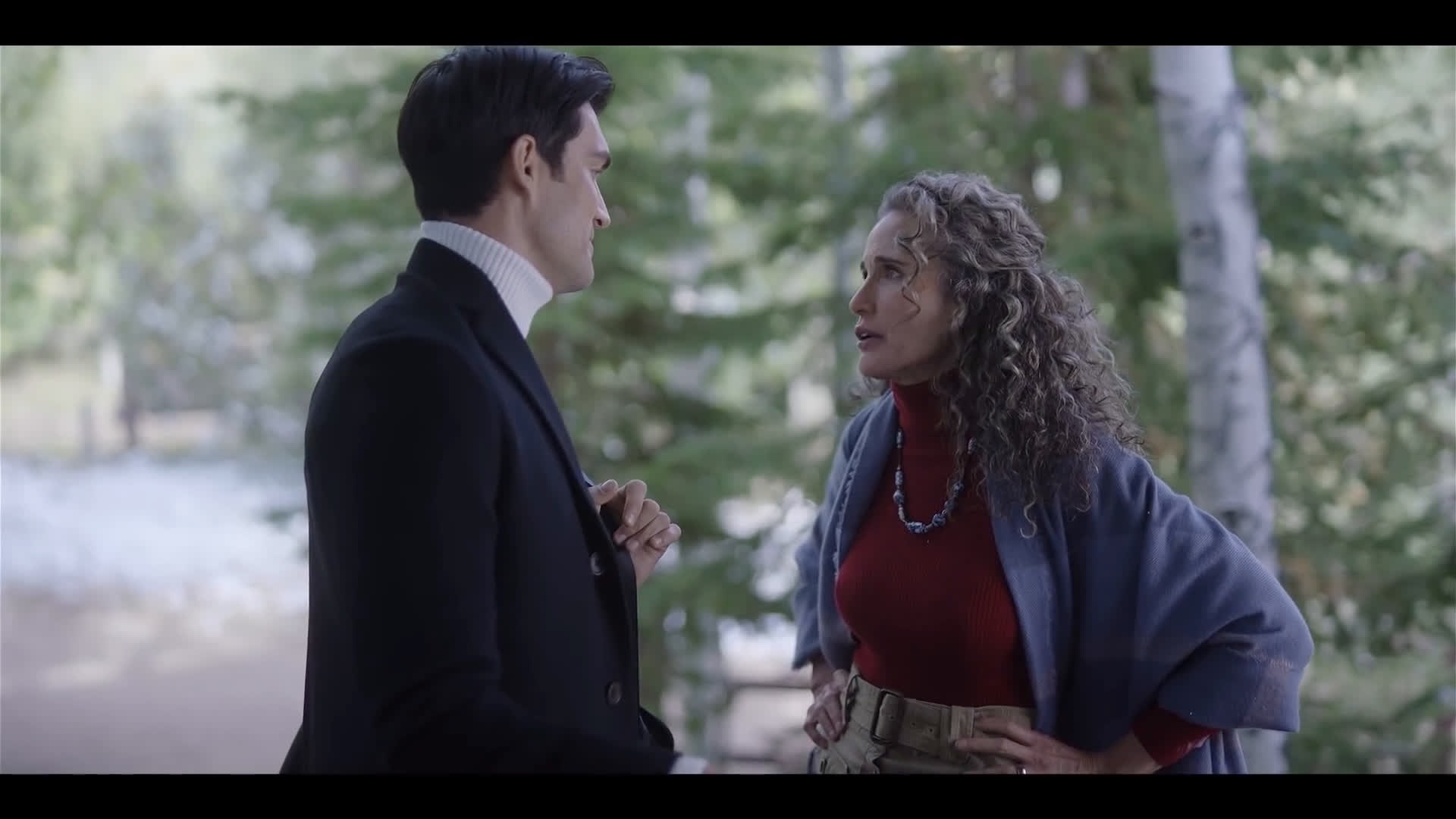 Dashing in December is every bit of a holiday romance as you can imagine. The movie takes the viewers on a journey that is much grander than what you are usually used to seeing in romantic dramas, and infuses elements of reality and emotion into it that will move you to tears. Being a proper romantic movie, it is hardly anything like those that came before it. Rather, it takes a route that is a breath of fresh air in the genre and brings about a sense of perspective that was missing.

The movie doesn’t hold back on anything, and it is clear to see the amount of work and money that has been spent on it. The production, in particular, is simply on a level that is unheard of in romcoms. Dashing in December conveys a sense of reality by being more down to earth in its run, and doesn’t sugarcoat things or glaze over issues in the pursuit of a perfect romance. It also does not hold back on sexuality, which makes up a pretty huge part of the movie considering that both the men are gay, and harboring feelings for each other, while at the same time having had troubles and dark pasts of their own. The movie smartly and thoughtfully takes care of these problems and gives the viewers a perspective on the problems faced by them.

Those with queer sexuality would find the movie particularly endearing, considering the way it touches on the elements of the two elements of the men’s sexuality, their pasts, and all that they experienced growing up. It gives another dimension to the vulnerability that they face coming out to each other and finding their place in a society where they are reluctant to be themselves. They share with each other the stories of their lives and form a bond that is based on more than just infatuation, and that really sums up the human experience of love, without omitting the good and the ugly. The difference in personalities of both the men, too, contributes strongly to the essence of the movie and shows two puzzle pieces fitting together, albeit not perfectly.

The climax, too, is quite strong and puts the men against each other, fighting for a cause that they both feel strongly about. And it is really something to admire as Wyatt argues for selling the ranch considering all the resources that it requires, while Heath stands firm on his ground, and stands for the ranch. It all makes for a very emotional experience and will have you reaching for your tissues through it all.

Di Pace and Porte have both done really phenomenal jobs here, and I feel that they were the perfect choices for each of their roles. In particular, Andie MacDowell has given a stellar performance here and contributes to the movie in a way that we are not used to seeing from supporting characters. Her role here feels like that of a leading character, and she makes good use of the screen time that she is given.

The direction of the film, too, is quite astonishingly good and separates it from the rest. The way that the cinematography has been handled along with the way that the movie portrays the romance between the two men by strategic shots and amazing vibes is simply something to admire, and I really liked the way the director handled it.

Dashing in December: The Verdict

If I had to say one thing about Dashing in December, it would be that it is one of the best movies in the genre I have watched that covers the queer community in such a thoughtful and amazing manner. I would highly recommend everyone to watch the movie, and to give it a good and concentrated watch, so that you feel all that it has to offer. It has a definite thumbs up from me.

Dashing in December is currently available on Amazon Prime Video. Check it out at the following link:

The movie currently holds a rating of 6.2 out of 10 on IMDb, based on multiple user reviews. IMDb is our preferred platform for all movies and TV shows.

You may watch the trailer for Dashing in December here:

What do you think about the movie? Did you like it? What are your thoughts on the movie’s representation of the queer experience? Let me know in the comments down below.

Willard Grosshttps://thefranchisehound.com
Willard Gross is a content writer with an eye for detail. He loves to write and create, but he also enjoys reading and analyzing the work of others in order to critique it. With every sentence he writes, Willard strives for perfection: each word should be just right.
Previous articleLove Is Blind Season 1: Who’s Still Together?
Next articleIs It Worth to Watch Blood of Zeus Season 2 ?