Star Wars Prequel Trilogy: All That Was Wrong About It

The Star Wars prequel trilogy is one of the most loved series out there. And there is a lot of reason it has such a huge fan following. Star Wars prequel trilogy was the brainchild of George Lucas’ vivid imagination. It was the culmination of what Star Wars was supposed to be. In a time when Star Wars was being held back by the technology of its time, Star Wars Prequel trilogy provided the perfect set up for the already existing original Star Wars trilogy. But no film is without its problems, and the three films that came after the original were not either. They had their fair share of problems, and it wasn’t something to be easily overlooked either. The problems were quite glaring in their nature and put many Star Wars off. Today we are going to discuss all that was wrong with the Prequel Trilogy.

Read More: In The Heights: Dancing is what it’s about

Star Wars Prequel Trilogy: What You Need to Know 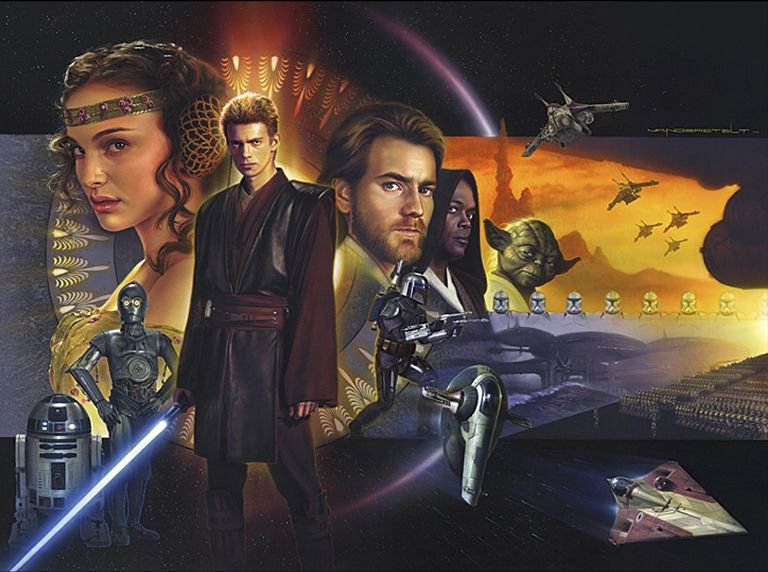 There is a lot that you need to know about the Prequel Trilogy to truly understand why the films were not as big hits at the box office as the original trilogy. And a lot of it lies in the fact that the Prequel trilogy had to come later for a multitude of reasons. While the prequel trilogy is supposed to be the initial trilogy of the franchise, it was simply held back by the technology of its time. The visual effects and CGO of the 80s just wasn’t enough for the Star Wars episode I-III that George Lucas wanted to create. In his opinion, the film was being held back due to the technical restraints. And he was right. Star Wars did in fact have too much going on that would not have been possible with the technology that was available during the time of the original trilogy.

But ultimately, this technology at play was one of the biggest shortfalls for the prequel trilogy. The CGI was just jarring to look at, and did not really look any pleasant. It looked terrible and fake when viewed on the big screen. And the CGI was really overused and put in places where it wasn’t even needed. It all led to the downfall of the franchise. The prequel trilogy did terribly at the theaters due to these simple facts. Another criticism for the franchise was that the original movies had a sort of mature vibe to them. On the other hand the prequel trilogy looked like something Disney would make for children. The required maturity just wasn’t there and it didn’t really feel like Star Wars.

All these criticisms for the movies were very valid and warranted. And we fully support them. Because while the Prequel Trilogy can hold its own in the Star Wars Universe, it falls short of the expectations that the initial movies had set. While the last movie in the trilogy is particularly redeeming, it doesn’t forgive all the shortfalls that the movie created for itself. It wasn’t the win George Lucas had thought it would be. And the criticism and the poor box office performance is proof of that.

Read More: Go on a School-Cation With the Family

While these were the huge glaring issues with the Prequel trilogy, it wasn’t perfect in other ways either. The issues were glaring and in your face. And you can’t really ignore that. The acting wasn’t particularly great either. So all in all, while it is not a terrible movie by any means, it is not as perfect as some people make it out to be. It has its own glaring issues. And nothing can ever change that.

However, despite all its issues, it is a film we highly recommend to our viewers. We would recommend it strongly.

What do you think about our review of the problems? Tell us all you thought while reading this in the comments down below.

Willard Grosshttps://thefranchisehound.com
Willard Gross is a content writer with an eye for detail. He loves to write and create, but he also enjoys reading and analyzing the work of others in order to critique it. With every sentence he writes, Willard strives for perfection: each word should be just right.
Previous articleExpand Your Career Opportunities With Top Udemy Courses At Just $5
Next articleJagame Thandhiram: Netflix Release Receives Lukewarm Response