The Baker And The Beauty Season 2: Is It Coming Back?

The Baker and the Beauty has been out for quite a while now. The show first came out during the early stages of the pandemic and provided some much needed comedic and romantic relief to the viewers who were experiencing something of this level for the first time. It was a welcome addition to the TV and brought something fresh to the table. Perhaps that is why it was received so well by the critics. But then where is The Baker and The Beauty Season 2? Is it ever returning to the big screen? Or does the network have other plans?

I’m sure that most of you are excited about the prospect of a second season for the show. I am too! In fact, when I first watched The Baker and The Beauty, I was taken away with how wholesome and well thought out it was. Perhaps it is because it is adapted from well written original material. Or maybe it is because of the way that the show has been adapted for the American audiences. Whatever it is, it works really well, and I definitely enjoyed the show a lot.

The Baker And The Beauty Season 2: So Far 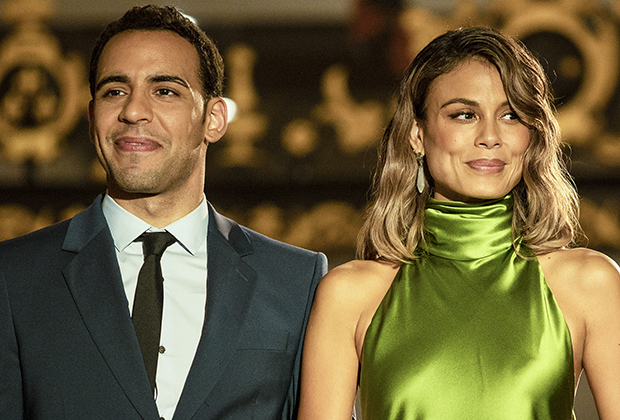 The Baker and the Beauty is an American show that is adapted from the Israeli blockbuster series Beauty and the Baker. It is a comedy-drama that revolves around the lives of supermodel Noa Hamilton (played by Nathalie Kelley here) and family baker Daniel Garcia (played by Victor Rasuk). Adapted by Dean Georgaris for American television, the show focuses on the romance between the two characters and the drama that ensues when they collide.

The show has a very warm quality to it and focuses on the positive aspects of life, and was a lifesaver during the initial days of the pandemic when everyone was starved for positivity. The show also incorporated diversity and inclusivity into itself which made it all the more charming for an even broader audience. I personally really enjoyed it all, and I wish the viewers would have thought the same way.

The Baker And The Beauty Season 2: Renewal

Unfortunately, since the first run of the show back in 2020, the show has been canceled by the network after the first season run of the show. This is definitely disappointing news for the fans and the critics alike. I personally really wanted to see the story continue well into the future, but it just did not happen.

The American version of the story simply did not do as well as its Israeli original. It was one of the biggest problems for the show as the ratings were consistently low and the viewership was among the lowest on ABC. Perhaps it was due to cultural differences that the show failed to establish an audience in the American context. Nevertheless, ABC canceled the show in an unprecedented move this year.

This is something that is going to cause a lot of commotion among the fans and the audiences. Because it was a show that was representative of a minority and gives a positive portrayal of Latino culture as well give a sense of inclusivity to LGBTQ. But perhaps the biggest reason for the outrage is the fact that the show was actually really good. Even though it failed to garner a large viewership, the show was well received by the critics and had a generally warm response by the audience. So ABC’s decision definitely disappointed a lot of people.

The cast and the team behind the show also tired to get it picked up by another network, but to no avail. The Baker And The Beauty Season 2 was not picked up by any network, and met its demise.

The Baker and The Beauty Season 2: Prospects

The Baker and The Beauty Season 2 has been canceled. But that doesn’t mean that there is no future for the show. Especially after its release on Netflix, the show has started to garner a very high viewership and is getting a good response from the audiences. The show is finally taking off on the platform and is one of their most streamed shows in the category. This could spell an impending renewal for the show, and foreshadow big news. Netflix has picked up shows like Lucifer in the past and given them another life. And I hope the same is the case with The Baker and The Beauty Season 2.

Read more about Lucifer: Lucifer Season 6: Is It Coming Out

The Baker and The Beauty Season 2: Final Words

With that, you know everything that you need to know about The Baker and The Beauty Season 2. The show has a lot to offer and prospects with Netflix are looking good. In the meanwhile, you may watch the first season of the show. It is truly enjoyable and well worth it.

The Baker and The Beauty is currently streaming on Netflix. You may watch it at the following link:

Watch The Baker and The Beauty on Netflix

What do you think about the show? Are you excited about what it could bring? Do you think Netflix is going to pick it up? Let me know in the comments down below.

Willard Grosshttps://thefranchisehound.com
Willard Gross is a content writer with an eye for detail. He loves to write and create, but he also enjoys reading and analyzing the work of others in order to critique it. With every sentence he writes, Willard strives for perfection: each word should be just right.
Previous articleiCarly 2021: Looking Promising
Next articleEasiest Way to Watch ‘The Office’ US? Just Get a VPN